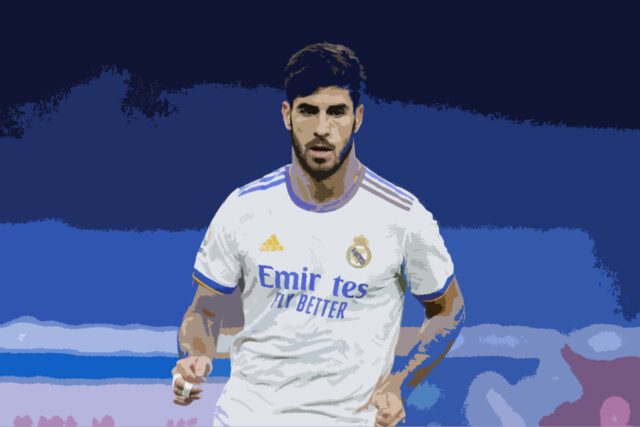 Real Madrid midfielder Marco Asensio has largely failed to live up to expectations since the start of the 2021/22 campaign. His performances over the few weeks has resulted in a lack of game time for the Spaniard. Currently, players like Rodrygo Goes and Vinicius Junior are ahead of him in the pecking order for Carlo Ancelloti.

In this season, he has featured in 26 matches in the La Liga and has scored eight goals without providing an assist. In the UEFA champions league, the 26-year-old has featured in six matches, scoring one and assisting another.

Although Marco Asensio’s contracts demands would be a factor for the player to sign for any other club, AC Milan over the few weeks have shown interest in the man.

They believe he would be a direct replacement for wantaway winger Samu Castillejo in the summer. The signing of Asensio will however provide some sort of competition for Alexis Saelemaekers and Junior Messias.

For now, Real Madrid is looking forward to tieing the 26-year-old down to a long-term contract. Asensio is open up to committing his services to any other club with higher pay than the previous one. Premier League clubs like Arsenal have also shown interest in the Spanish winger/attacking midfielder. His contract with Real Madrid is expected to run out in 2023.

Could Marco Asensio be a future Barcelona player?