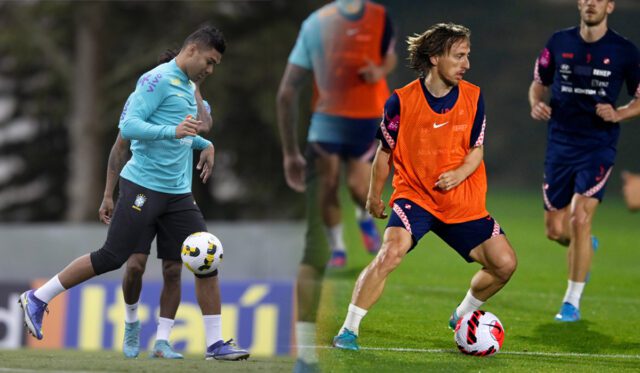 It’s that time of the season when various players are allowed to partake in international duties when they are invited by their various national teams. A total of Real Madrid 11 players have been called to represent their national teams in the upcoming International break.

Amongst the 11 players, only Eduardo Camavinga will be representing France at the Under-21 level. The rest have been called to feature for their senior national teams.

The France U-21 will face the Faroe Islands in the UEFA U-21 qualifier on March 24 while their second game against Ukraine’s U-21 has been cancelled.

Luka Modric, Gareth Bale, Casemiro, Toni Kroos and David Alaba over the years have shown how key they are to their respective countries and they have been very integral in their squad.

They will be in contention to represent their countries during the break and help them in preparations towards Qatar 2022 World Cup this year.

The International break will also serve as an opportunity for youngsters such as Rodrygo, Vinicius Junior and Federico Valverde to gain more experience with their respective teams before Qatar 2022, possibly justifying their inclusion to earn a World Cup squad later this year.

Carlo Ancelloti will only have players who weren’t invited by the national teams at his disposal to work with after the shambolic performance against Barcelona in the El Clasico.

Despite the El Clasico results, Madrid are still on top of the league table and would need to bring their A-game level once again in order to get their results for the rest of the La Liga matches.

Here is a list of the Real Madrid players called up for the international break and the games they stand a chance to feature: