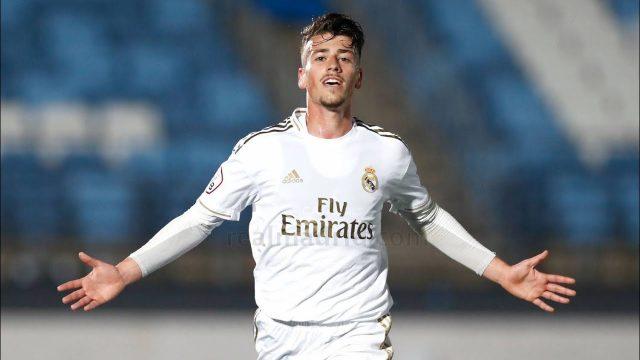 Real Madrid had always been a club that has always got options aplenty in the team since the team’s establishment to recent times. Some have proven to be world-class, others have been a little over average as well as there have been few bad ones.

Talking of midfielders, the very latest name that has been on the list of many Madridistas is that Antonio Blanco – the most promising of all.

In 2020, Blanco was one of the many Castilla players who impressed quite heavily on the field under Raul Gonzalez. The midfielder was involved in 28 games last year, starting 23 of those.

He came under the limelight with his performances in the build-up to Juvenile A’s UEFA Youth League triumph in the summer. Going on to make the senior squad list at some point, appearing in transfer speculations and making the cut for Madrid’s official kit launch as well as the vice-captaincy at the Castilla level.

To think that Antonio Blanco was considered for the photoshoot for the kit launch demonstrates how the club cherishes him.

The 20-year-old since making the progress to the Castilla team has been deployed as a single defensive midfielder or as a double pivot, where his physical weakness is covered by his compatriot.

Antonio Blanco is more of a ball possessive midfielder – he likes to have more of the ball, creating and dictating the pace and flow of his side’s football. He fears no pressure when being pressed in the midfield area and that has been the trait of Spain’s best midfielders in recent times.

Despite a more reserved role in midfield, the youngster cannot hide his attacking qualities and pushes forward with the ball anytime he is allowed to do so. His characteristics allow his teammates to drop in and fill the space he creates when he tends to drive with the ball.

He may be a different baller to Casemiro, who has established himself as one the best ‘destroyers’ in world football, the former is the physical type but he is suited to a similar role the Brazil international plays for Zinedine Zidane’s men.

That bit of physicality lacked in his game has raised doubts about whether he could fill the void Casemiro would leave behind should Blanco be called upon.

He has a lot of potentials to live up to and should he continue to develop his game, Antonio Blanco could be headlining the next set of Real Madrid midfielders to come.