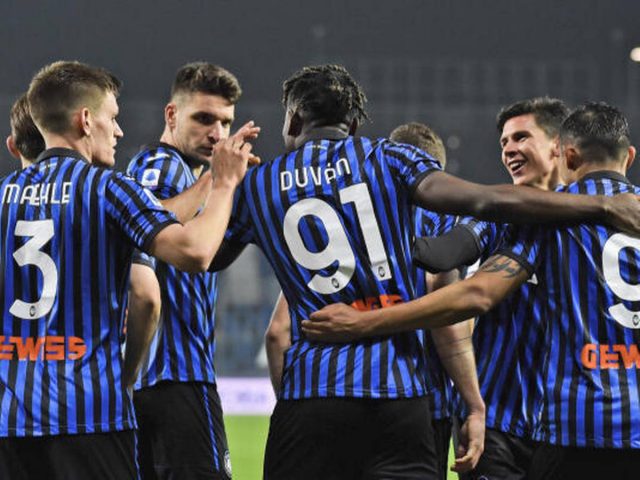 Atalanta have become one of the dominant forces in the Italian Serie A for the last three years, putting up a great fight in a bid to challenge for the league title.

In the UEFA Champions League, they have not fared badly at all in the last two editions and will have the chance to show their quality once again when they face Real Madrid on Wednesday.

Gian Piero Gasperini despite losing Alejandro Gomez has still got a couple or more individual talents in his team.

We take a look at some of these players who could become a headache for Zinedine Zidane’s team in Italy:

Muriel has directly been involved in 21 goals across all club competitions this season, scoring 17 goals and assisting another four. His role in the team is quite vital as his movement opens up spaces for his other colleagues. Madrid’s defence will have to be on the lookout for him anytime and try to shut down all his runs to avoid him making a difference.

Another man who has turned up great for Atalanta has got be Duvan Zapata, who was also on target in their huge win over Napoli. The 29-year-old has19 goal involvements across all competitions and it no fluke that he continues to get playing time. He’s built a great partnership upfront with Muriel and the two are more likely to cause troubles for the Madrid backline. However, keeping an eye on him could see him struggle to cause an impact.

Gosens has also found his mojo back this campaign for Atalanta, flourishing greatly in Gasperini’s preferred 3-4-1-2 formation. The 26–year-old has adapted very well to the wing-back role and Lucas Vazquez will be needing the assistance of Marco Asensio on the right flank to stop the runs of Gosens, who has seven league goals already this campaign.

He may not have so many goals to his name but de Roon is an important part of the Atalanta team and has been pulling strings for them in the midfield department. That is the work of Casemiro and Modric to limit the number of balls the 29-year-old sees in midweek.