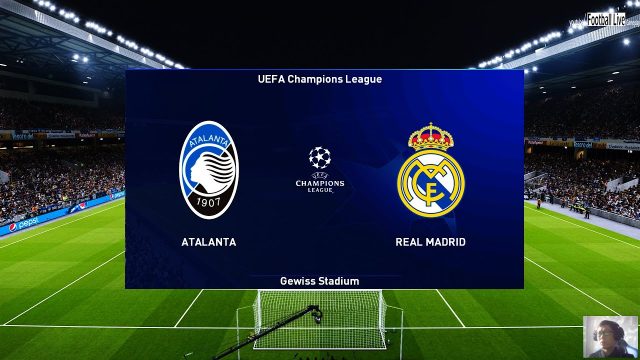 Having regained their league mojo back in time with victories in their last four games, it will all be about taking that incredible form into the UEFA Champions League on the path of Real Madrid.

The Spanish giants’ face-off Atalanta in the first leg of their round of 16 tie in the competition after making it past the group stages.

Madrid finished on top of their group which consisted of Borussia Mönchengladbach, Shakhtar Donetsk and Inter Milan while Atalanta finished second to Liverpool in Group D ahead of Ajax and Midtjylland.

Atalanta are currently fifth on the Serie A table after 23 games played while Madrid occupies the second spot on the La Liga summit, just three points behind leaders Atletico Madrid.

This will be the first-ever meeting between these two in the competition and while Atalanta will be hoping to build on last season’s performance, Madrid will hope to go past the last 16 stages where they have failed to progress from in the last two seasons.

Hans Hateboer is the only absentee for Gian Piero Gasperini’s team ahead of Wednesday’s encounter with the Los Blancos. The Italian is expected to have the full house available except for Hateboer who continues to be on the sideline due to injury. Cristian Romero and Berat Djimsiti could miss the second leg with caution on Wednesday.

Zinedine Zidane’s injury concerns have also gone a level up with Karim Benzema the latest to be added to the long injury list. He will miss the game together with the likes of Eden Hazard, Rodrygo Goes, Federico Valverde, Sergio Ramos, Marcelo, Eder Militao, Alvaro Odriozola and Dani Carvajal.

Despite their rich experience in the competition, Madrid are slightly behind Atalanta in their recent performances and it is only fair enough to tip the Serie A side to record a slim victory.