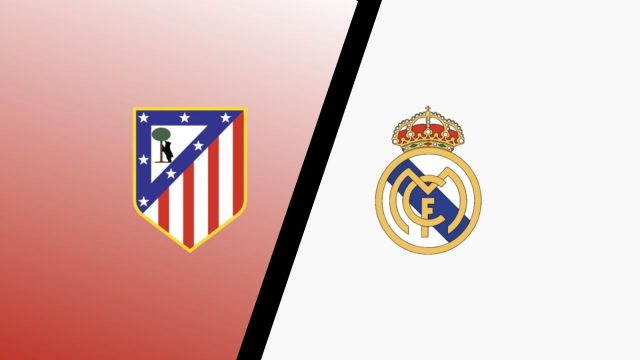 Real Madrid will look to steal a match on rivals Atletico Madrid when both teams face each other at the Wanda Metropolitano over the weekend.

Occupying the first and third position respectively, only five points separate Atletico and Real ahead of Sunday’s fixture and a win for either side could be vital in their race for the league title – although the former have a game in hand.

The last meeting between the two teams saw Real run away with a 2-0 victory at the Alfredo Di Stefano Stadium back in December but this fixture promises to be a whole different encounter considering the current form of the pair.

Los Blancos are unbeaten in their last six games across all competitions, keeping four clean sheets in the process despite their increasing injury records. Atletico on the other side have just two wins in their last six, drawing two and losing the other two as well.

Diego Simeone will be hoping to record a first league victory over Zinedine Zidane since last doing so during the 2015/16 campaign at the Santiago Bernabeu in the latter’s first Madrid derby game.

Thomas Lemar picked up an injury during the win over Villarreal in Atletico’s last game, joining Jose Gimenez in the treatment room. Kieran Trippier is expected to return from his 10 weeks ban to face Real while Yannick Carrasco is also available for selection.

For Zidane, the only positives will be the fact that Federico Valverde and Rodrygo Goes were involved in the game against Real Sociedad on Monday and news emerging that Eder Militao is also available to play on Sunday. Mariano Diaz, Sergio Ramos and Daniel Carvajal are ruled out of the game while Karim Benzema is hopeful of getting some minutes.

Despite their uninspiring 1-1 draw with La Real on Monday, Zidane’s men are capable of causing havoc to the dream of Atletico who also have Chelsea to play in the UEFA Champions League in the coming week.