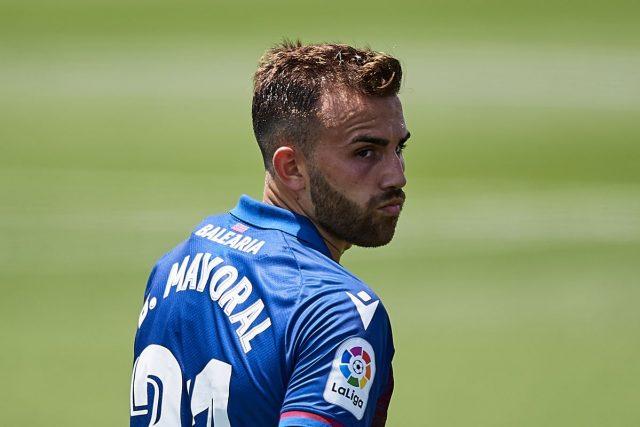 Italian side Roma are reportedly itching closer to reaching an agreement with Real Madrid over the signing of Borja Mayoral before the close of the summer transfer window.

The Serie A side are understood to be in the market for a forward who would serve as a competition to first-choice striker Edin Dzeko, per reports from Corriere dello Sport and have identified the Spaniard as a possible target.

The publication also adds that Paulo Fonseca’s team are looking to land the player in a deal expected to be worth €10 million, with negotiations also said to be ongoing between both clubs involved.

Other Spanish outlets reports that the forward is also open to the idea of signing a one-year contract extension at the Bernabeu in order for the Serie A side to sign on a season-long loan with an option to buy, the same approach they used in negotiating for Arek Milik before the transfer was called off at the last minute.

Madrid had initially wanted a higher fee for the player who came through the ranks at the club’s academy. However, the remain of his contract means that Zinedine Zidane’s side cannot risk losing him for free as a he has just one year left on his current deal at the Santiago Bernabeu.

The 23-year-old has played the last two seasons away from the current Spanish champions, having spent two years on loan at La Liga rivals Levante where he amassed 14 goals in 69 appearances across all competitions while also adding up four assists.

Mayoral was an unused substitute in Zidane’s side first La Liga game of the 2020/21 campaign but came off the bench to win a penalty for the Los Blancos to secure their first three points of the campaign.

With Luka Jovic and Mariano Diaz still at the club, playing time could be a difficult ask for the Spanish youth international which is why he is seeking a move away from the Spanish capital.