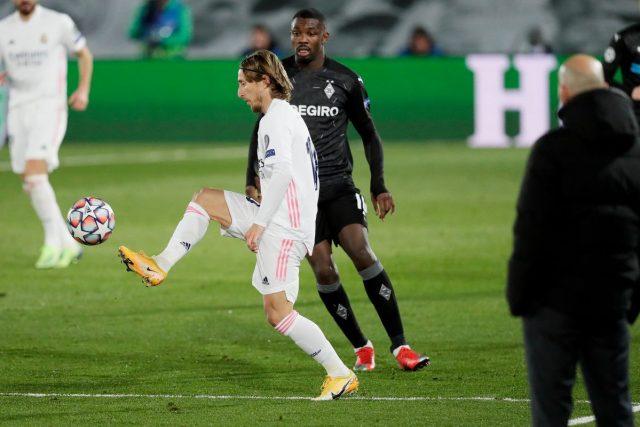 Prior to yesterday’s UEFA Champions League encounter between Real Madrid and Borussia Mönchengladbach at the Alfredo Di Stefano, the visiting team were tipped to pile more misery on the home team who had struggled in their opening five games in the group.

However, the Spanish giants turned up for the better after two first half goals from Karim Benzema made sure Madrid ended the group stages as the leaders in their group.

And speaking to the press after the 2-0 defeat suffered, Mönchengladbach manager Marco Rose spoke about his team’s defensive performance and the rationale behind their failure to tame the Madrid right flank.

“We have had that difficulty,” Rose said. “We gave Real Madrid too much time and space. Madrid played a different game than the first leg, Modric was a very important factor against us. We ran back a lot and we couldn’t get much of the ball.”

“This time we weren’t where we had to be to play against a strong Madrid,” Rose continued. “We allowed ourselves to be cornered. We simply had little faith and weren’t able to give them problems. Madrid was very dominant. When Madrid is under pressure they show a very high level, and it was difficult for us to follow it.”

The German side secured qualification together with Zinedine Zidane’s men following the other group match between Inter Milan and Shakhtar Donetsk ending in a goalless draw.