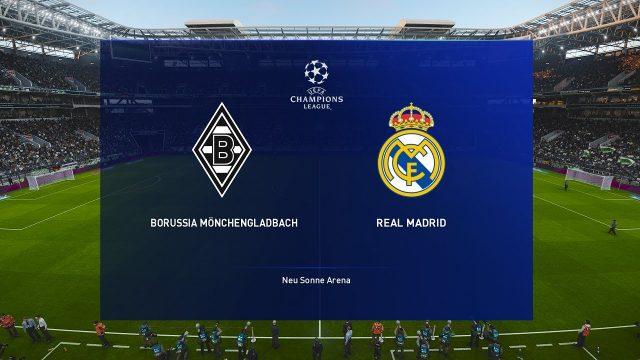 Last weekend was one that every Real Madrid fan would enjoy most since the 2020/21 campaign began, however they will be hoping their side can make it back-to-back away wins when they face Borussia Mönchengladbach on Tuesday.

Madrid beat fierce rivals Barcelona on Saturday at the Nou Camp having endured losses in their previous two games before the clash.

Zinedine Zidane’s side are now looking to record their first win of the 2020/21 UEFA Champions League season following their 2-3 defeat to Shakhtar Donetsk on matchday 1 last week.

Mönchengladbach on the other hand come into this game on the back of a 3-2 win over Mainz 05 in the German Bundesliga last weekend.

The German side also started their Champions League campaign on quite a good note securing a point away from home against Inter Milan with a 2-2 scoreline.

Marco Rose’s men will be in a confident mood considering how good they have played in their last few games and will look to cause harm to Zidane’s team.

For the German team, Andreas Poulsen, Denis Zakaria Laszlo Benes are out of the game against Los Blancos while. Mamadou Doucoure could also miss out.

Valentino Lazaro, who is on loan from Inter Milan is also back in team training and could be named on the bench.

Sergio Ramos put up a worthy performance against Barca after recovering in time from a knee injury. He is likely to start again on Tuesday for the Spanish giants.

However, Dani Carvajal, Alvaro Odriozola, Martin Odegaard and Mariano Diaz are still yet to train with the group.

Nacho Fernandez is also a doubt for the encounter after being forced off over the weekend while Eden Hazard is a surprise inclusion in the squad.