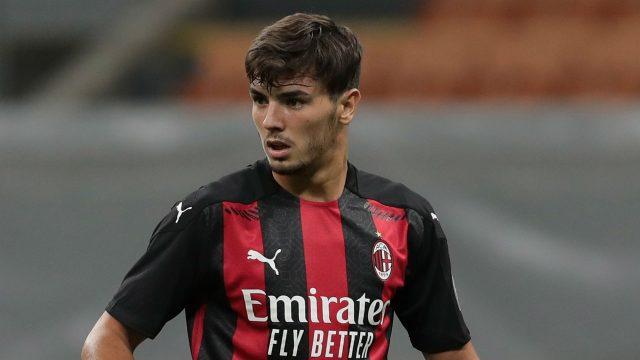 Real Madrid youngster Brahim Diaz has brushed off suggestions that he has started to have doubts over his decision to move to the Spanish side after leaving Manchester City.

The 21-year-old joined Madrid in January 2019 in a deal understood to be worth 17.5 million euros but has struggled to establish himself as an important player for the club.

Brahim managed just six appearances in the league during the 2019/20 campaign and has since been allowed to leave the Santiago Bernabeu this summer.

The now AC Milan star speaking to AS in his first interview since departing Madrid has denied claims that he has regret over a move to the Spanish capital.

He also explained his decision to leave the club this summer to join the Serie A side.

“I wanted the chance to play regularly, feel that I’m playing minutes, nothing has changed overall. I want to be me and show my football. I feel as an important player in Milan and now it’s time for me to grow, learn and improve,” said Brahim.

The Spaniard also played down talks of rift between himself and Madrid manager Zinedine Zidane following the latter’s desire to see the player leave on loan last season after failing to break into the team.

“I’m fond of Zidane, he’s been a great player and he’s a winner also as coach. He’s always given me good advise, what he told me before I left Madrid is something that shouldn’t remain between us two, but I’m fond of him,” added Brahim.

When asked if he regrets joining Madrid, Brahim was very clear on what his answer is saying: “Not at all! How could I? This is Madrid we’re talking about.”

He will has started the season strongly in the Italian top-flight, scoring once in three appearances already.