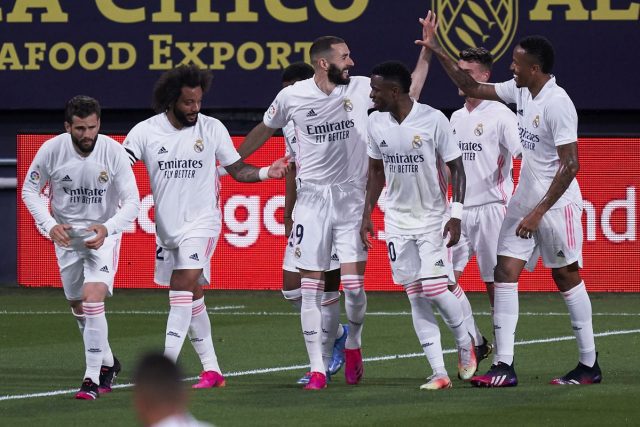 A Karim Benzema brace and a goal from Alvaro Odriozola were enough for Zinedine Zidane’s men, as they walked away with all three points at Cadiz.

Zidane made changes to the lineup that drew goalless with Getafe in the last game with Nacho Fernandez, Raphael Varane, Casemiro, Karim Benzema and Antonio Blanco all given a start. For the latter, it was his first full debut for the club having played in the second half of the game against Jose Bordalas’ team.

Benzema opened the scoring for the away side in the 30th minute from the spot after Isaac Carcelen brought down Vinicius Junior in the penalty box. The Frenchman made no mistake, slotting in the opener of the game.

Three minutes later, the Madrid No.9 turned the provider for the second goal, assisting Odriozola for his first Madrid goal to double the Los Blancos lead.

Thibaut Courtois was forced into several saves during the game but the Belgium international was up to his game once again, leading to the clean sheet.

Benzema made it three for Madrid and his second on the night after being assisted by midfielder Casemiro.

Madrid scored from three of their four shots on target while Courtois saved all three of Cadiz’s shots that were aimed at the goal.

Dani Carvajal was welcomed back to the pitch for the first time in a long while, replacing Odriozola while youngster Miguel Gutierrez also grabbed his first appearance of the season.

The Los Blancos now occupy the first position on the league table, level on points with Atletico Madrid who have a game in hand.