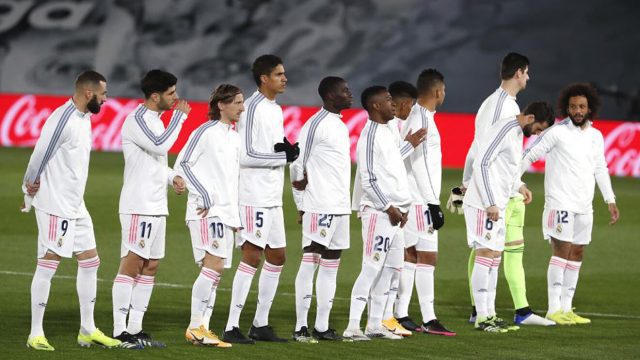 Real Madrid will fight to keep their league title fight on in midweek when they travel to play Cadiz away from home.

In the last fixtures, both teams recorded a 0-0 scoreline in their respective fixtures with Real Madrid being held by Getafe as Cadiz cancelled out Celta Vigo.

Prior to the stalemate with Celta Vigo, Cadiz had picked up back-to-back wins in the Spanish top-flight for the first time this season, beating Valencia and Getafe.

Madrid on the other hand saw the draw in the game against Getafe end their four-game winning streak in the competition.

They now find themselves four points behind league leaders Atletico Madrid and a win on Wednesday will see them go back to within one point.

In the reverse fixture earlier this season, Alvaro Cervera’s side beat the Los Blancos by a goal to nil at the Alfredo Di Stefano Stadium.

For Cadiz, Luismi Quezada and Alberto Perea will miss the game through injuries. Alex Fernandez and Juan Cala are doubtful for the clash.

Lucas Vazquez and Sergio Ramos are out of the game due to respective knee injuries, while Federico Valverde is also expected to miss the game due to covid-19 protocols. Ferland Mendy is also out of the game. This game is also too early for Zidane to risk Dani Carvajal considering a load of important fixtures coming ahead in the next week.

Eden Hazard could return to the pitch for the first time in a long while. Raphael Varane, Nacho Fernandez and Casemiro are all back for Zinedine Zidane’s men. Luca Modric and Toni Kroos were both left out of the match-day squad.

Despite failing to score over the weekend, Madrid are expected to find their scoring form once again and revenge their reverse fixture defeat at home.