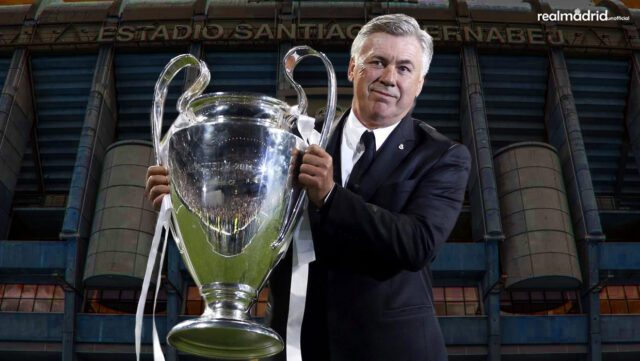 Real Madrid is dreaming of another history again and this time, it’s under the man who broke the barrier to win the club its 10th UEFA Champions League title.

Madrid may not be outright favourites for this season’s Champions League but after that win over Paris Saint-German, Carlo Ancelotti has got fans dreaming again.

The Los Blancos were knocked out of the competition in the semi-finals last season, missing out on a place in the final to eventual winners, Chelsea.

The new season presented new opportunities and saw new faces at the club as Madrid began a quest for a new face to the team while not ignoring the old players.

Raphael Varane, Sergio Ramos and Zinedine Zidane were among the faces that departed the Santiago Bernabeu with Eduardo Camavinga, Dani Ceballos and Ancelotti coming into the picture.

THE JOURNEY SO FAR

Rodrygo Goes scored the only goal of the game late in the clash and although Madrid were not too convincing in that game, the goal was all they needed to have a good start.

What followed next was a shock defeat to Champions League debutants, Sheriff Tiraspol. The Moldovian side clinched a famous 2-1 victory at the Santiago Bernabeu to stun Madrid.

Madrid then beat Shakhtar Donetsk in back to back games before finishing things off with wins over Sherif and the Italian side in the reverse fixtures.

Ancelotti’s men finished the group stages of this season’s Champions League with five wins and one loss, amassing 15 points during that run.

Having finished top of Group D, Madrid were bracing themselves for at least one of the second-best performers from the other groups except for teams within Spain.

The 13-time champions ended up drawing PSG and a date was scheduled which will involve Madrid playing a player they have admired so much for quite a long time; Kylian Mbappe.

In the first-leg at the Parc des Princes, a Mbappe goal in the dying embers of the game gave the Ligue 1 side a deserving win as Madrid were far from their best.

However, the return fixture at the Bernabeu, proved Madrid are the real kings of the European competition and their pedigree was evident from the onset.

Karim Benzema was thrice on the scoresheet despite his national teammate, Mbappe opening the scoring in Spain.

The game ended 3-2 on aggregate with Madrid progressing to the next stage of the competition.

Madrid are already looking to run away with the Spanish league title but they also know it is only tougher from here in the Champions League.

Manchester City, Benfica, Liverpool, Manchester United/Atletico Madrid, Chelsea/Lille, Ajax/Benfica and Juventus/Villarreal are all teams Madrid could face in the next stage of the competition and Ancelotti will need to commence his prepping as soon as possible.

As mentioned earlier, Real Madrid are not the favourites but their collective performances this season in the competition gives them a big chance of winning their 14th.