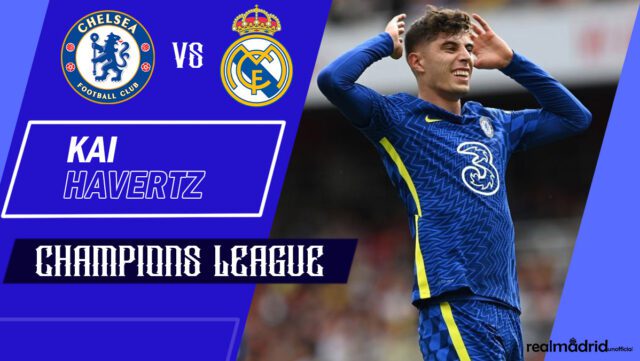 The legendary UEFA Champions League nights are back this week, and are Real Madrid ready to face Chelsea at Stamford Bridge for the first leg of the UEFA Champions League quarter-finals of the 2021-22 campaign? Can the Los Blancos prepare to defeat Chelsea? Or will it be another match of damage limitation just like the night in Paris in the round of 16?

As the Los Blancos are heading forward after a disastrous performance in Clasico and an unimpressive win against Celta Vigo, the challenge of Chelsea seems to be mammoth, as the team appears to be in top form. For Madrid, another challenge would be adapting on the pitch without the manager Carlo Ancelloti in the dugout.

Going into the fixture, Ancelloti would be eager to find a limiter for Chelsea’s German attacking midfielder Kai Havertz, who is in form of his lifetime. Havertz found the back of the net 4 times in March in the Premier League along with an assist. The German is filled with pace and energy, and to challenge him, either Eduardo Camavinga or Fede Valverde or both, should be put to duty.

Camavinga and Valverde’s partnership alongside Luka Modric against PSG in the second leg is a testimony of the prowess of both the players. The duo played decisively against PSG, and Real Madrid did come out on top of the most memorable nights of European football.

Both players played much higher in the second half, where Valverde switched on the flanks, and Camavinga stayed in the centre of the field. Since Havertz plays more on the right side, Valverde can move up the field to block any passes and runs by pressing higher, with Camavinga providing support from the back.

But this could only be possible if Ancelloti decides to play Fede and Cama or start either of them and bring the other to partner in later, instead of the holy and exhausted trio of Kroos, Casemiro and Modric, which looked weak against the adrenaline side of Chelsea the last time we faced them.

Chelsea’s dependency on Kai increases given the lack of goals from other sides. As one of the pundits, Steve Nicol, puts it- “It seems that if Havertz is not on his game, where are the goals coming from? You’ll have to rely on Ziyech coming in from the left and sticking one in the top corner. Because you’re not getting any goals from anywhere else particularly.” So, the only relief that Havertz seems to have given to Madrid is his poor finishing against Brentford in the latest game of Chelsea.

Carlo Ancelloti would also be learning from Zinedine Zidane’s mistakes made against the same rival in the semis of the 2020-21 season. The team evidently struggled with the pace of the men in blue during both legs. Another thing Ancelloti should keep in mind is not to experiment here with the formation just as he did in Clasico playing 4-4-2 and Zidane did against Chelsea by playing 3-4-3.