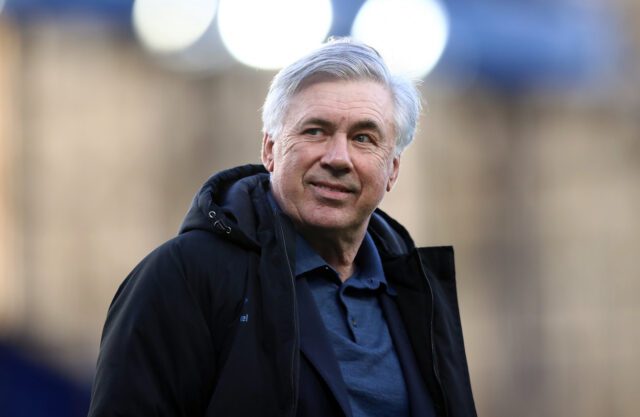 Carlo Ancelotti was presented as the new head coach of Real Madrid on Wednesday after officially signing his contract.

The club Italian joins the Spanish club for the second time in his managerial career having led them between 2013 and 2015, winning three trophies during that time.

Ancelotti highlighted his return and discussed a number of issues during his presentation at the club offices.

He said: “I promise the same as I did last time, which is to play good football. We want to play a more intense, more aggressive and more organised football. I think football has changed in the past few years. I’m not the same either. I’m a different Carlo Ancelotti.”

“I’ve had new experiences in these years, some positive and some negative ones, but even the negative experiences help you grow. The history of this club demands spectacular football. I’m going to give my energy. I have very good memories of the two years I was here and the titles and relationships I had. I think we can repeat something good in the new experience. It’s a big responsibility, but a nice one because you’re coaching the best club in the world. Like in the past, I’ll give my all,” he added.

The former Everton manager also revealed that he is looking forward to meeting the directors at the club to see how best they can plan for the squad ahead of the 2021/22 season.

“What I know is that Real Madrid will compete and do so with the best squad possible,” he insisted.“I need to speak with the club about all the specific situations, which we’ll do in the coming days. There hasn’t been time to start to work yet. We’ll do that in the next few days. I’ve thanked the president, because being here at Madrid is very special for me.”