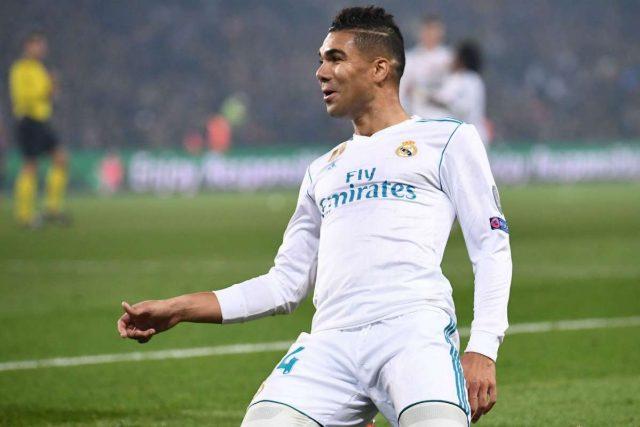 Real Madrid midfielder Casemiro has signed a new contract with the club, keeping Brazilian at Bernabeau till the need of 2022-23 season.

The former Sao Paolo midfielder joined the Spanish giants in 2013 and has been an integral part of the club under Zinedine Zidane.

By signing the new extension Casemiro will complete a decade with Real Madrid except for one season he spent on loan at Porto under Lopetegui. The Brazilian has featured 188 times for Los Blancos and has scored 18 goals so far for his club.

This season Real Madrid and Casemiro discussed and decided to extend the contract. In fact, everything was done, but Real Madrid’s board decided to not make a public ceremony for announcing an extension and have decided to end this procedure.

When Casemiro’s loan move was made permanent, he didn’t have an easy time initially. Jose Mourinho gave him an opportunity to play against Real Betis. However, next season he was sent out on loan for 2014-15 season at Porto. He returned the next season and this was the time when he started appearing in the starting XI. Now he is a regular starter and Real Madrid trust him so much that they have decided to not reinforce their defensive midfield.