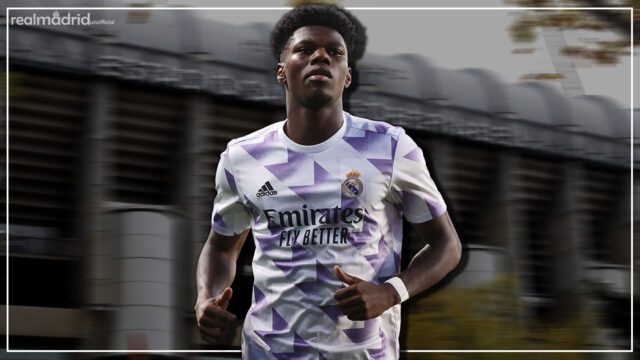 A month or so ago when Aurelien Tchouameni was signed, the idea was to let him understudy Casemiro and grow his game around the Brazilian. Even though Tchouameni was not Madrid’s priority this summer, a failed move to sign Kylian Mbappe and Erling Braut Haaland meant the former Monaco midfield came into the picture.

Fast forward to the last days of the summer transfer window, Manchester United and Real Madrid agreed on a deal for Casemiro to move to England. Just like Bitcoin has been derailed since its launch, with BTC becoming more popular as its price went up—making it seem like an expensive toy for rich people to play with and revolving around Bitcoin news — so is Man United with the wages and fees they are wanting to operate on with Casemiro.

As shocking as it was, Real Madrid were far from surprised and in fact, had braced themselves for such a day to come following the arrival of Tchouameni.

Casemiro joins United with Los Blancos set to receive in excess of 70 million euros from his transfer.

What does Casemiro’s departure means?

The Brazilian leaving Santiago means he has brought an end to an eight-year stay in the Spanish capital after arriving from his home country.

The 30-year-old join Madrid in 2013 from Sao Paulo and went on to play a season on loan at Porto before returning to the Spanish club.

With his departure, Aurelien Tchouameni looks to be his heir with the France international having big boots to fill.

Not just the trophies Casemiro won but his importance to the Madrid team has been up there and has been arguably one of the best players in the world in his position.

In Tchouameni, Carlo Ancelotti will now have to groom a youngster who will need to move away from having the potential to become a world beater, which was exactly what Casemiro did when he arrived from Brazil.

The 22-year-old will obviously play under huge pressure not just because of his 100 millions euros price tag but also with the fact that he has to explain one of the ‘leaders’ in the team.

Casemiro was not just any player. He knew how to command the midfield trio that included himself, Toni Kroos and Luka Modric. He was a leader in the dressing room and one who would stick his head out to defend his teammates when things went sour.

Throughout the pre-season period, Tchouameni did very little to impress and it was obvious he was going to be the target of abuse from some fans and rival fans if he doesn’t fit in immediately.

With Casemiro now gone, the pressure even becomes mightier and the player will only be exposed to the pitch more often that he would have imagined for his first season with the reigning UEFA Champions League winners.

After an unconvincing performance in his official league debut against UD Almeria, Tchouameni was the subject of trolls and his price tag was always the point of reference.

However, the player stepped it up big time when Madrid faced Celta Vigo last weekend in their second La Liga game.

In 90 minutes of play, Tchouameni completed the most dribbles in the game and was by far one of Madrid’s best players on the pitch despite not getting onto the scoresheet.

His typical performance from the game was in the build-up to Federico Valverde’s goal.

The midfielder won the ball from Iago Aspas in his own half before surging forward and laying off a pass to Vinicius Junior, who also set up Valverde to score.

Tchouameni has the ability to beat the press and beat his markers with ease anytime he is in the open. Even a better stat of him, he was dispossessed just once during the entire game.

In his defensive shift, the player made nine ball recoveries, three interceptions and made four clearances.

That is exactly the kind of game you play when you are entrusted with the role of replacing a rock as Casemiro in Madrid’s midfield.

His display earned him plaudits from fans and pundits as well as a place in Whoscored’s La Liga Team of the Week.

What does Tchouameni need to do now?

After managing to bring the attention to himself, all the Frenchman needs to do is to produce consistency.

Should he be able to deliver week in and week out, Tchouameni will definitely earn a spot in the hearts of the fans and go ahead to become a fan favourite at the Santiago Bernabeu.

After all who doesn’t want to have the best young players on their hands with how crazy the transfer market has gone?

Yes, Casemiro may be gone and Aurelien Tchouameni will have lots of pressure. However, with the teammates, he has at his disposal and the potential he has, it should be easy for him to thrive in his performance from the weekend against Celta.