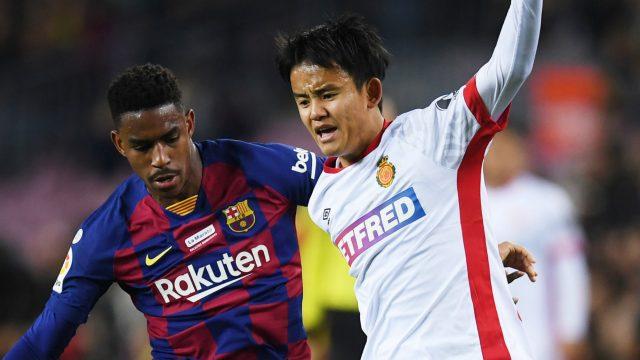 Celta Vigo are the latest side to join in the race for Real Madrid wonderkid Takefusa Kubo ahead of the 2020/21 campaign.

The Spanish side who escaped relegation last season are reportedly the latest side to make an enquiry for the Japan international as they hope to strengthen their side for next season.

The Galician side are hoping to add to the arrival of Nolito and Alvaro Vadillo as they hope to be a better version of themselves having almost encountered relegation from the Spanish La Liga.

Kubo had been rumoured to be close to joining Sevilla but an agreement looks to be far from being reached with the Seville based club wanting a two-year loan spell with an option to buy after the loan spell.

Celta boss Oscar Garcia is the one said to have recommended the pursuing of the 19-year-old this summer despite other players being sought.

However, a deal for Kubo may not come at ease for Celta as they could face competition from La Liga rivals Osasuna, Real Valladolid, Real Sociedad, Getafe, Real Betis, Granada, Levante, Huesca, Ajax and Lazio all reported to be chasing the teenager.

Kubo spent the 2019/20 campaign on loan at Real Mallorca where he showed glimpses of his immense talent, which has attracted many suitors to him.