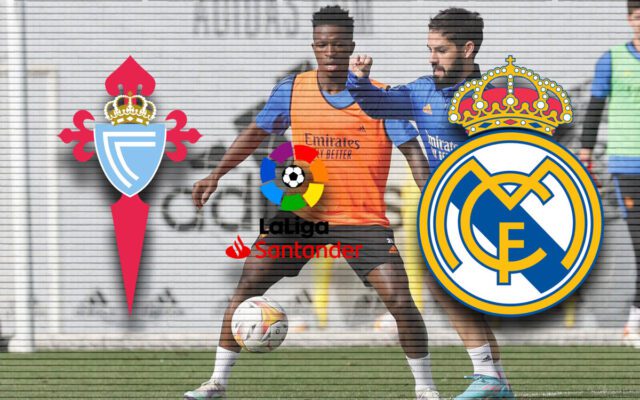 Finally, the international break is over and all attention would be shifted to club football. In La Liga Santander, a lot of tricky and entertaining matches would be played this weekend. Real Madrid is set to lock horns with Celta Viga at the Estadio de Balaidos on matchday 30.

The Sky Blues are 11th placed on the league table after playing 29 matches, securing a total of 36th points. Celta have lost 11 matches in the league this season, have drawn 9 times and won 9 times. They have not been consistent at their own backyard. They have only won one match in their last six games.

On Wednesday it was announced via Real Madrid’s website that Carlo Ancelloti has tested positive for Covid-19 and wouldn’t be available for the game. However, Davide Ancelloti is set to be the one to lead the team from the touchline to help the team bounce back to winning ways after losing to Barcelona just before the international break.

Real Madrid have lost 3 matches, drawn 6 and won 20 times this season, having a total of 66 points.

Amongst the two teams, the Los Blancos are welcoming a lot of players who were on international duties and would need to give some of them rest especially with one eye set on next week’s quarterfinals clash with Chelsea in the ongoing UEFA Champions League.

Hugo Mayo will be absent in this game due to a knee injury he has sustained. Both Javi Galan and Franco Cervi will be available for selection.

For Real Madrid, Karim Benzema and Ferland Mendy are expected to pass a late fitness test in order to be eligible to feature in this showpiece.

A battle between two strikers who have similar traits and style of play. They are able to drop deep in the midfield to help build attacks and create chances.

Aspas has been very instrumental to Celta since the commencement of the season and have produced 13 goals and assisted 4 times in the 28 matches he has played for the sky blues. Real Madrid certainly be mindful of his presence. A threat in and around the box. He’s very good at taking set-pieces too.

Benzema has been one of the standout performers across Europe in all competitions. In La Liga, he has scored 22 goals and assisted 11 times despite playing 25 matches. Benzema is in pole contention to clinch the pichichi trophy at the end of the season. Once again, his presence would be a major boost to Real Madrid to edge past their opponents.