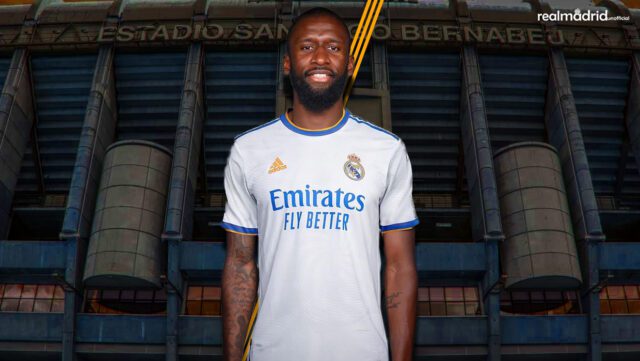 Before diving into whether Antonio Rudiger, the 29-year old German defender for Chelsea, is a necessity for Real Madrid or not, we must look at his stats over the 2021-22 season.

His tackle success is 63% in the league. He has kept 12 clean sheets in the 26 matches that he has played. The player has made a solid number of 41 appearances this season with a total of 3810 minutes of playtime to his card.

Rudiger is now the main man for Chelsea as he developed tremendously under Thomas Tuchel. Whilst he may not be the best defender, Real Madrid has eyed the German and is looking to sign him as a free agent post the end of this season. Constant talks are reported, and if things turn out well, we may see him at Bernabeu soon.

Coming to the larger question: Should the player be considered for the team, and is he a necessity? I believe that he is: for multiple reasons.

Firstly, the lack of a backup centre-back for Real Madrid. In case of multiple injuries last season, Real was struggling to find the replacements and were forced to call up the players from Castilla, who did well enough with the task at hand. But after the departure of Sergio Ramos and Raphael Varane, the spot for the backup CB opened up and is vacant following Eder Militao’s promotion to the regular XI.

Nacho is the only centre-back backup in the senior team, who also has to often fill in for the injured Carvajal at right-back. While, at the LB, in case of Mendy’s injury Alaba steps in, thus creating a space for a solid centre-back. Hence, having a player like Rudiger, who can be strong and challenging whenever called up, is essential. Rudiger, despite being a backup will have plenty of chances and would also be keeping the duo of Alaba and Militao under pressure to perform.

He is also a leader and adapts well under new coaches, which is quite evident from the fact that he’s played under four coaches in his stint at Chelsea.

Secondly, it’d be a steal for the club to sign the 6’3″ German. The club signed David Alaba for free this season and saved a lot of cash on that transfer. Similarly, if this deal does go through, it’ll be a steal. Antonio Rudiger has been essential to Chelsea, and the fans adore him.

They see a real leader and a world-class defender in him. This shall also give the player a chance to be at the most successful club in Europe and prove himself.

Antonio Rudiger thus becomes a key player for the club to keep their eye on. He can be essential to the club in the next season, allowing for more rotation and rest to the exhausted duo at the back.