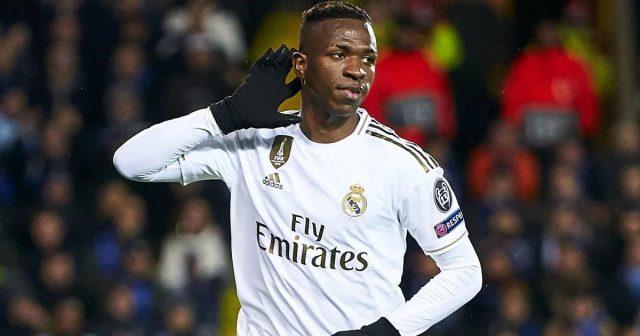 Premier League side Chelsea have reported made enquiries about the possibility of signing Real Madrid youngster Vinicius Jr this summer.

The 20-year-old is said to have attracted interest from the English giants with his performances for Zinedine Zidane’s side.

At the Santiago Bernabeu, the Brazilian is seen as part of the long term project in a few years to come and the club are not willing to let go off him anytime soon.

Vinicius has a contract with Madrid which runs until the summer 2025 and has a release clause in the region of about 650 million euros.

The right-footed player started 14 games in the Spanish La Liga and the Champions League, having been seen more as a back up to Eden Hazard who struggled for the majority of the 2019/20 season.

His lack of much playing time under Zidane is said to have led to speculations over his future, considering he was one of Madrid’s key performers in the 2019/20 season.

Frank Lampard is keen on strengthen his squad ahead of the upcoming season, and despite a strong attackers likely to be at his disposal for next season, Lampard’s side are believed to have recently enquired about the youngster.

Chelsea have the likes of Timo Werner and Hakim Ziyech signed already in the transfer window and are chasing Bayer Leverkusen prodigy Kai Havertz.

AS who broke about the report also claims the contact was made at the end of last yeas and remains unclear whether the west London outfit will be following up their interest this summer.

Vinicius is yet to voice out on the decision to play as a second fiddle to the Belgium international, but it looks as if the young Brazilian is relishing the chance of competing with Hazard for a place in Zidane’s starting line up at the Bernabeu.

Toni Kroos: “We deserved to be eliminated against Chelsea”