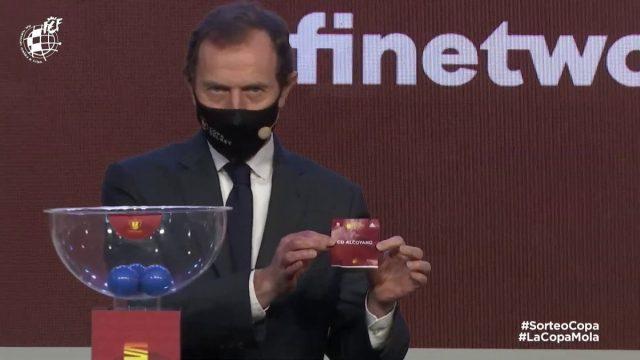 Real Madrid will commence their 2020/21 Copa del Rey action from the Round of 32 facing Segunda Division B side CD Alcoyano.

Having seen some heavyweights being knocked out of the competition by surprise opponents, Madrid will have to be careful going into this fixture.

However, with their quality, this draw seems to be a good one for the Los Blancos and it is likely Zinedine will use this opportunity to give minutes to the fringe players in the squad, who have barely had the chance to play this campaign.

Madrid have been very poor in the cup run lately, with their last triumph in the Copa del Rey dating back as far as 2014 when they defeated Barcelona with a 2-1 scoreline at the Mestalla Stadium.

It will be very necessary for Zidane to take the competition serious this time around and motivate his side to go on and clinch the ultimate should they progress from this round.

This will be the third time in history that Madrid will be taking on Alcoyano in the Copa del Rey. The previous ones dating back to 1946 and 2012 in the semi-final and round of 16 respectively (Madrid progressing on both occasions).

The final decision on the date for Real Madrid’s matches against Alcoyano have not been made yet—the first leg will be played either on January 20th or January 21st.

It is will mark a busy schedule for the club this month as they are also set to be involved in the Spanish Super Cup, which begins next week.