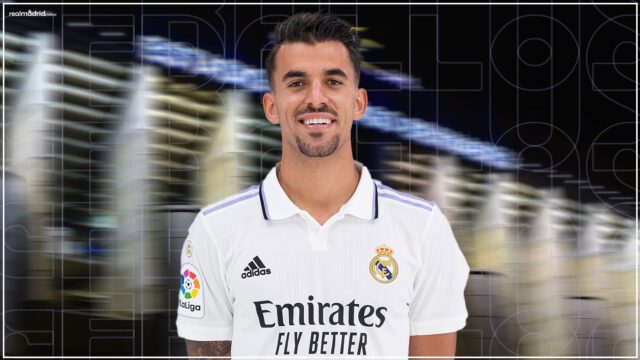 After a lot of transfer speculation back in June surrounding a move for Dani Ceballos to his former club Real Betis, Carlo Ancelotti was able to convince Dani to stay. But was it a good move for both parties’ interests?

Modric, Kroos and Casemiro have been bossing the midfield at Real Madrid for years now. Even with Casemiro leaving for Manchester United this summer, the midfield looks stacked as ever with flourishing prospects like Federico Valverde and Eduardo Camavinga, along with the new signing from French club AS Monaco, Aurelien Tchouameni who has settled in with the squad really well.

Not having guaranteed minutes at Real Madrid, and such an aggressive competition for the starting spot, how does Dani Ceballos really aim to make an impact for Ancelotti and his team?

Ceballos played a solid 69 minutes vs Mallorca last weekend. Having made 92 touches (Only second to Toni Kroos(130)) and an assist to Fede Valverde, he also boasted a 91% passing accuracy and 3 out of 4 successful dribbles completed.

Apart from the statistics, Dani Ceballos played an integral role in the middle of the park, from helping dominate the possession to open threads in the Mallorca defence by finding Vinicius and Rodrygo onto the end of his passes, he’s not only showed his flair with the ball, but also dropped below with Kroos to help with the defensive duties.

Besides playing a silent role, Ceballos also has a lot of tricks up his sleeve to put to the plate. From string shots with real venom from outside the box to displaying impressive strength in shoving 2 Mallorca players off of the ball and helping progress the play, he has it all.

Then what’s stopping him from competing for a regular starter role under Ancelotti?

Competition for a starting role

Federico Valverde and Eduardo Camavinga are two such names which have not only raised a lot of ears round Real Madrid these days, but also around the whole of Europe.

Valverde has made his role indispensable to Ancelotti, because he in quite literal terms, is a cheat-code player. Starting his career as a box-to-box midfielder to shifting to various roles to gain more play minutes, right back from the time when Zidane was the manager, Valverde has flourished at a rate like no one else.

Eduardo Camavinga, even though being relatively new has been a real maestro. From showing maturity and control with the ball against European giants Like Manchester City and PSG on the world’s biggest stage of UCL at the raw age of 19.

Even Aurelien Tchouameni who has just arrived in June has showed in each and every match why Ancelotti can count on him to play the role of Casemiro and why there couldn’t be a better substitute for Casemiro as a ball-winning midfielder here at Madrid.

From my personal opinion, Ceballos has what it takes to make a breakthrough at Real Madrid but needs a bit of patience for that. Being a jack of all trades, its hard to compete with his colleagues, each of whom is flawless at a certain set of attributes.

Although he is more experienced and mature both on and off the ball than the former 3. If he stays patient and focused, and make full use of the windows given to him by Carlo, we can expect to see him do wonders as an impact sub, and better yet, as an important rotation player.

Toni Kroos to Manchester City: Rumour or another Perez’ genius to...

What does the future hold for the legendary maestros holding the...