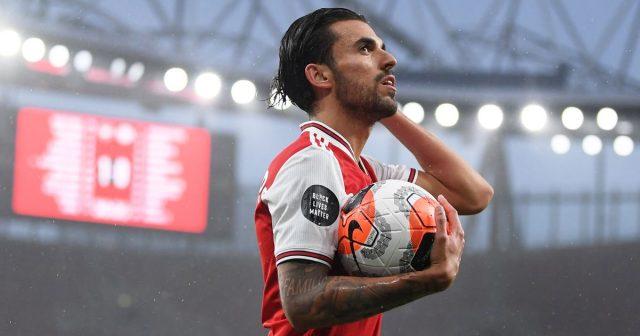 Real Madrid and Arsenal are reportedly in talks to extend Dani Ceballos’ loan spell at the Premier League side for another season.

The midfielder has been on loan at the north London club for the 2019/20 season where he has had a good campaign so far despite a few difficulties along the line.

While on loan, the Spain international has made 35 appearances for Mikel Arteta’s side across all competitions during the campaign.

The midfielder is due a return to the Spanish capital next month after the FA Cup final but per reports from from Spanish outlet AS, the Gunners are working so hard to secure the loan signing for the midfielder for another season.

The publication also says Zinedine Zidane’s side are closing accepting Arsenal’s offer due to the fact that permanent offers for the player are not forth coming.

The 23-year-old joined Madrid in the summer 2017 from Real Betis but has failed to make himself the competent player the club anticipated which led to his temporal departure from the club.

Ceballos still has three more years left on his current deal at the Santiago Bernabeu and has indicated on many occasions he wants to succeed at the club.

Madrid are also looking to make money from player sales in the summer with a possible activity in the 2021 summer transfer window planned.