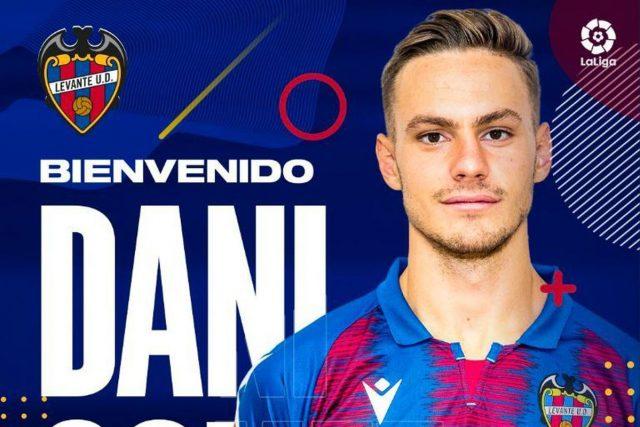 Levante have completed the permanent signing of Dani Gomez from Real Madrid ahead of next season.

The move had gained massive grounds in the last few weeks and joins Jorge De Frutos who has also been sold to the La Liga side from Los Blancos.

Gomez was on loan at Tenerife in the Segunda division last season, where he created an impressive impression during his short spell. The 22-year-old found the back of the net on 11 occasions while also adding two assists to his name.

Gomez will be looking to provide cover for Borja Mayoral who was also on loan with Levante last season.

The player bid a farewell to the club which has played a big part in his career growing up as a kid in a social media post.

He said: “Hello eveyone, It has been eight years since I first had the chance to wear this badge. From the first moment, I understood the magnitude of the club. Now, our paths separate, but I only have words of gratitude for the values that have been instilled in me and the moments that I have lived. It will, and always has been, a true honor for me. I wish you all the best and the greatest of success. Thank you.”

The fee said to be involved in the deal is around €2.5 million with Madrid retaining 50% of the players’ rights.