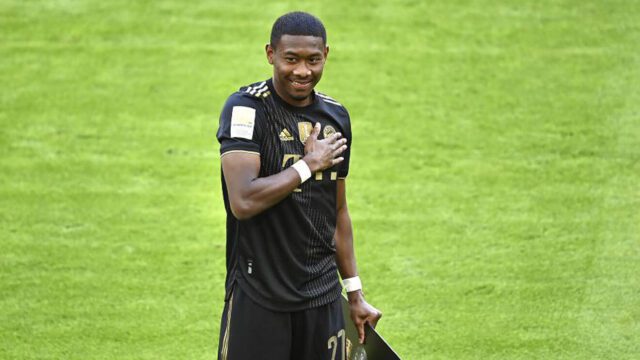 Real Madrid’s latest signing, David Alaba has revealed that he had prioritised a move to the Spanish giants after leaving Bayern Munich.

The Austria international sealed a move to Madrid as a free agent on Friday after his contract expired with the Germans, admitting that he was keen on a move to the Santiago Bernabeu.

Having played for the Bavarian club for over a decade, the versatile player will now ply his trade for the Los Blancos and he revealed his rationale behind choosing the club.

“I wasn’t approached by many clubs, but Real Madrid were at the top of my list,” Alaba told Bild. “Like Bayern Munich, they are one of the biggest clubs in the world, with a special history and tradition.”

Having been a part of the success story at the Allianz Arena over the past 10 years and chalking up many laurels, the 28-year-old is determined to reach the same feat with Real Madrid after signing a five-year contract at the club.

“There have been so many great players in Real Madrid’s history and so many great victories and trophies… I want to join and continue this successful story with the club and the fans,” he noted. “It will be a new chapter in life for my family and for me. I want to develop personally and professionally, and that’s precisely why I’m coming to Madrid.”

For the next Madrid manager to step for Zinedine Zidane in the dugouts, he will have the chance to count on the decorated player and will be hopeful that his experience can be counted on.