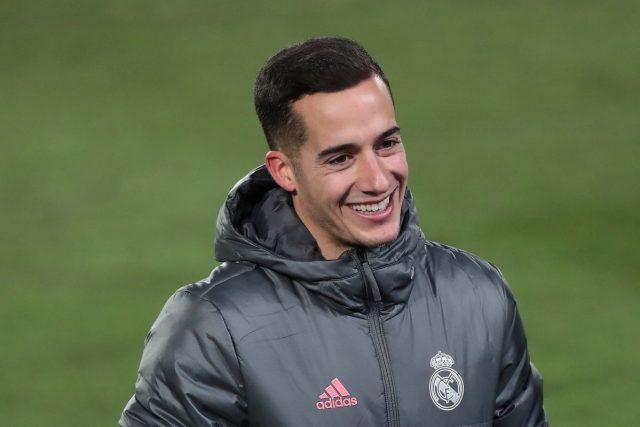 From now till the end of the 2020/21 campaign promises to be a hectic one for Real Madrid in their attempts to sort out some internal issues at the club.

Lucas Vazquez has unfortunately found himself in an unexpected situation together with veterans Sergio Ramos and Luka Modric, with the contracts of the three players expiring at the end of the current season.

Coming into this season, the 29-year-old was expected to be a culprit of the deadwoods that could suffer a transfer away from the club during the winter window or at the end of the campaign.
However, that has not been the case with Vazquez now playing regular football at the Alfredo Di Stefano Stadium.

A series of injuries setting inside the defensive department of the team paved way for the Spain international to be recalled into the starting lineup by manager Zinedine Zidane.

He has become pivotal once again for the club on the right flank, bringing in experience and covering and linking up well with Dani Carvajal. He has either played as a makeshift right-back in his natural position as the right winger.

The player has been handed 12 starts out of 14 league games for Madrid this season, rewarding Zidane’s faith in him with two goals and two assists to his name. In fact, Lucas Vazquez has started in the last 15 games across all competitions for the club with his performance prompting the club hierarchy to rethink about the decision not to renew his contract.

With the club’s transfer activities expected to be limited as a results of the adverse effect of the covid-19 on finances, tying Lucas Vazquez down to a new contract should be one of the priorities of the club to make sure that the squad does not fall short ahead of next season.

He still has some good years in him to deliver and it is no fluke that Zidane continues to hand him opportunities, which he has taken up very well.