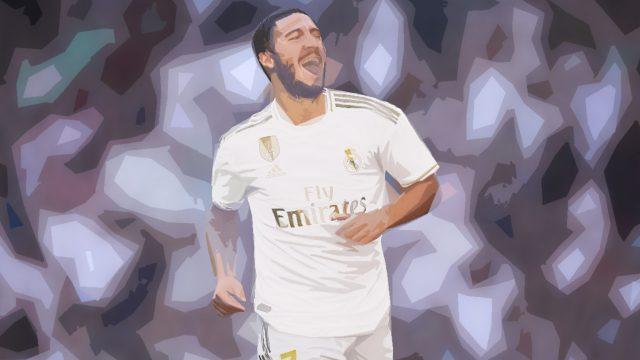 When Eden Hazard played his last match for Chelsea in the Europa League final, it was seen as the end of a long goodbye and a start of a much-awaited marriage between one of the best football clubs in the world and one of the best football players in the world. Real Madrid and Eden Hazard seemed like a match made in heaven. The Belgium international had a golden chance to be the face of Real Madrid, an opportunity not many have been offered since a certain Cristiano Ronaldo came to the Santiago Bernabéu.

However, after the Portuguese’s departure, there was a void to fill and many believed Eden Hazard had the quality and the stature to fill that void. However, the long-awaited marriage didn’t get off to a great start as the former Chelsea man had to struggle for form and fitness throughout his first season at Real Madrid.

“This year, we collectively won this league title, but I have surely had the worst season of my career individually,” Eden Hazard said when asked about his first season at Real Madrid.

However, if he needed an opportunity to turn it around then he won’t get any better one than a Champions League semifinal. This was one competition where Real Madrid fans would rely on their star man, Cristiano Ronaldo. As Peter Dury once said about the now Juventus star after he scored an essential goal for Madrid in the Champions League, “It’s him again, It’s always him,” and that is the truth, he couldn’t have said it better, it’s always Cristiano Ronaldo stepping up for Real Madrid when they need it the most. But it’s not going to be him anymore, Cristiano Ronaldo is gone and Madrid would now be waiting for their new knight in the shining armour to come and save the day against Pep Guardiola’s Manchester City who are currently winning the tie 2-1 with away goals to their name.

Eden Hazard was quoted saying, “When you play for Real Madrid, you want to win all the titles. The next one has to be the Champions League, although it will be difficult because we have to play in Manchester City and they have a very good team,” if there was ever a time for you to step up, it’s now Eden.