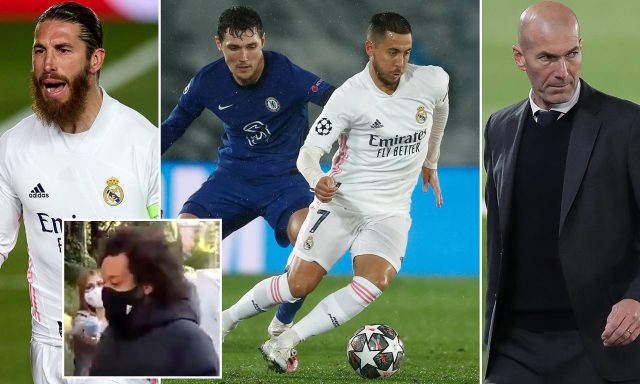 According to Marca’s Jose Felix Diaz, Real Madrid will look to offload Eden Hazard, Isco, and Marcelo in the summer transfer window should they receive offers for them.

The three have played a minimal role at the club this season and have been the subject of criticisms in recent times.

Hazard only moved to the Santiago Bernabeu during the summer of 2019 but a run of poor performances and consistent injuries has seen lose the club’s trust. He was brought in on the request of Zinedine Zidane, who has been a strong fab of the former Chelsea player for some years now.

However, the transfer has not really gone to plan with the 30-year-old struggling to make an impact at the club.

Marcelo has rarely featured for the club since the arrival of Ferland Mendy, who is preferred as the first-choice left-back ahead of the Brazilian veteran.

The 32-year-old has been involved in just 17 games across all competitions for the Los Blancos this term, registering four assists during that period but his time at the club could be coming to an end as early as at the end of the season.

Isco has been a target for Sevilla and other Premier League and Serie A clubs recently. The Spain international has failed to penetrate into Zidane’s starting lineup since last season and has received very few playing minutes.

Felix Diaz reports that though they are not part of the future plans of the club, their departure will not be easy.