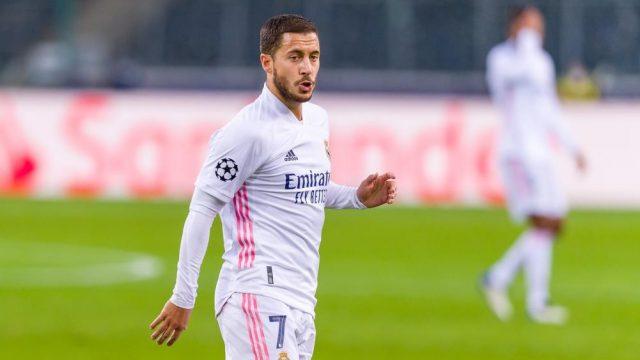 Eden Hazard has returned from his injury problems and started firing for Real Madrid straight away after his return.

The Belgium international made his first start of the 2020/21 season during Saturday’s 4-1 win over Huesca at the Alfredo Di Stefano Stadium, a game in which the winger set his team on the path for victory after opening the scoring.

Injuries have had the better side if him during early days at the Spanish capital, which left him playing just little part in the 2019/20 season.

The 30-year-old was glad to have returned to the pitch once again after his comeback over the weekend, and the player spoke to reporters after, addressing some of the issues he feels have slowed his progress at the Santiago Bernabeu.

“You know I had a problem last year and at the beginning of this season. I hope now the problems are behind me and I can look to the future. Injuries are normal, it is a part of football. I used to play football without a lot of injuries and now I need to learn how my body is working. I am almost 30 and not that young anymore. But I hope the problems are behind me and the future is good,” Hazard explained.

“I am a good player so people ask a lot of me. I can deal with the pressure – it won’t be a problem,” Hazard confidently told the post-match reporter. “When I am on the pitch I know what to do and I know what I can do.”

Hazard’s comments will largely go down well among supporters who are itching to see the best out of the Belgian at Madrid. His comments also tell he is hungry to succeed in the famous white shirt and that is exactly what the club needs ahead of their crucial encounter with Inter Milan on Tuesday in the UEFA Champions League.

Should the player turn up once again, Zinedine Zidane will certainly be hoping he has a talented individual to count on for the remainder of the season.