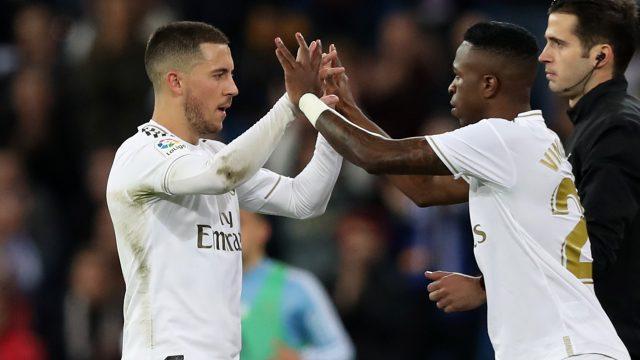 Eden Hazard may have taken the spotlight off Vinicius Jr. in the summer when Real Madrid agreed a €100 million deal to sign the player from English side Chelsea.

The Belgium international was meant to be a little close to Cristiano Ronaldo though there was not any expectation of him betting 50 goals a season for Los Blancos.

Hazard who has really struggled with fitness in his first season in Spain continues to work his way into Zinedine Zidane’s starting lineup but it is the young Brazilian who has grabbed the most headlines since the league resumed from suspension.

In the first game after the halting of the league, Hazard was handed the starting spot at the left wing position, and he did brilliant – providing the assist for Sergio Ramos’ goal. 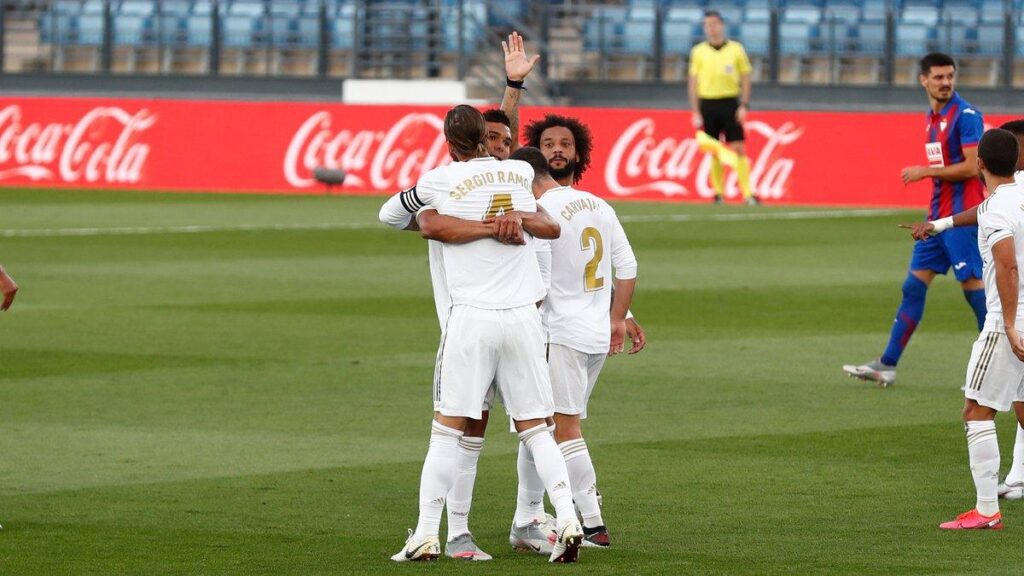 With an assist in 60 minutes, fans were getting hyper of seeing the pure talent the club forked such huge amount to acquire his services. It was sad seeing him go off because he had played one his best games in a Madrid shirt.

He followed that good performance with another impressive outing against a very troublesome Valencia team who really looked compact. Once again the former Chelsea man provided an assist for Karim Benzema, whom he has now built a sweet partnership with. 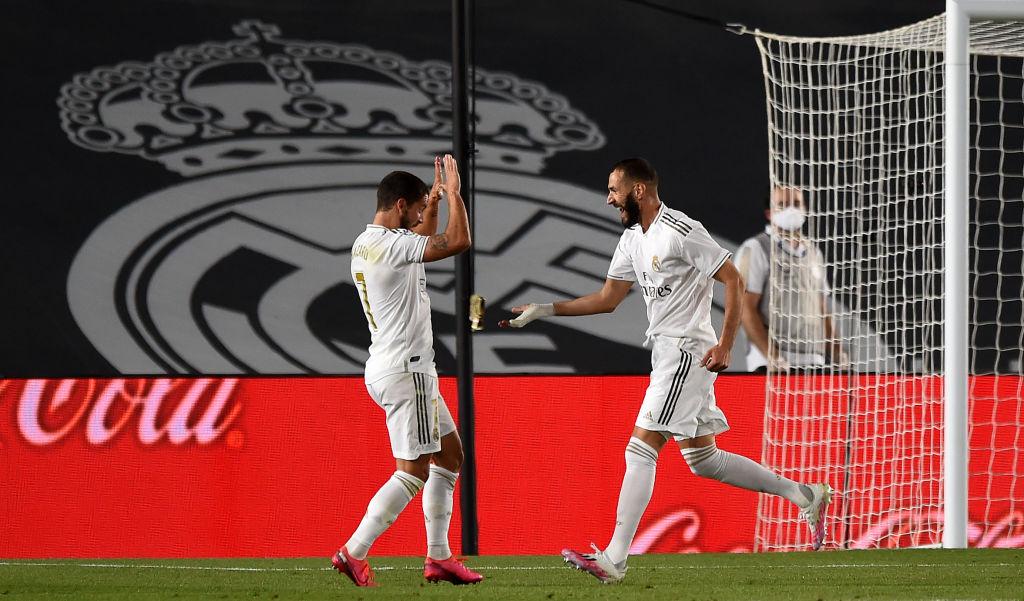 But it was the turn of Vinicius in Madrid’s next game, with the opposition Real Sociedad. La Real proved to be a difficult task for Zidane’s team but it was the 19-year-old who brilliance caused problems.

After skipping past two challenges, Vinicius was brought down in a box to win a penalty for the league leaders, which was beautifully converted by Ramos to open the scoring.

He proved to be a constant threat for Imanol Alguacil Barrenetxea’s side throughout the game as Madrid wrapped up a controversial victory. 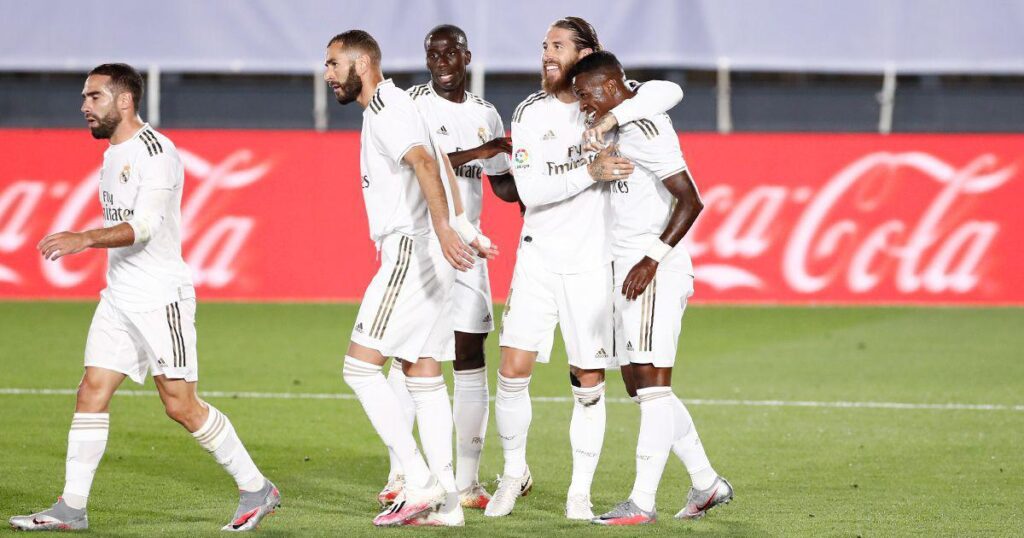 Finally, it was in the game against Real Mallorca that the youngster indicated that; Indeed! He could be a real competitor for the Madrid No.7.

The former Flamengo man gave the left-back of Mallorca a tough time trying to chase him. His pace, movements and footworks was just an indication of a young player, who is fighting to win his place in the team. 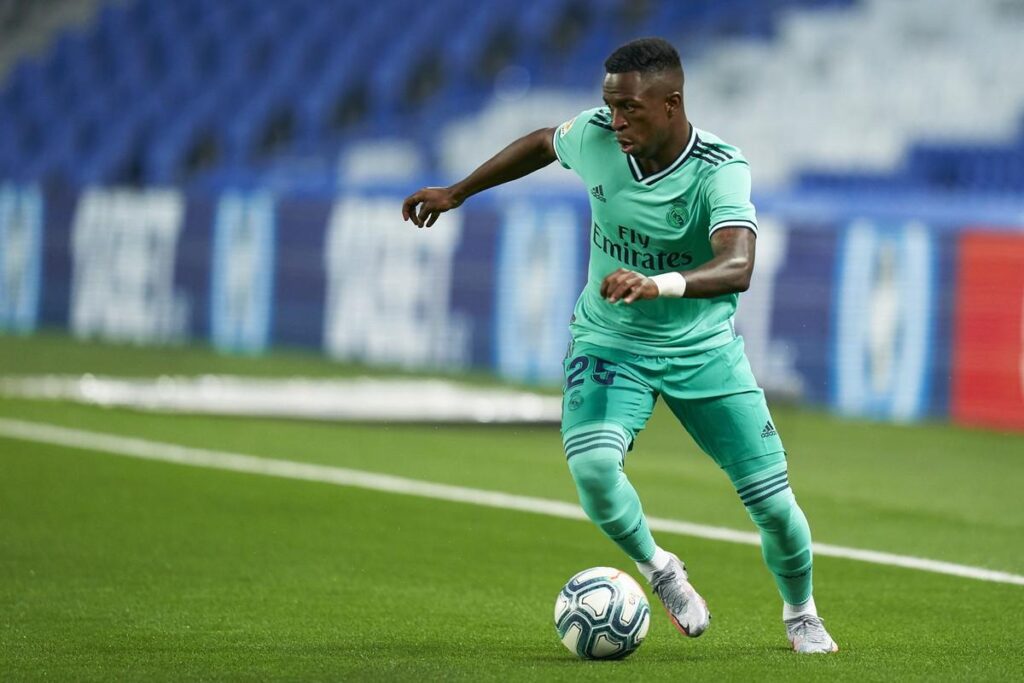 He capped off a good performance with a goal in the 19th minute and could have gone on to grab a couple more if he had been so clinical in front of goal.

There may be a lot of work to be done to get Vinicius firing goals for Zidane, but everything clearly shows the Brazilian is having a better season compared to the Belgium skipper.

He turns 20 in July, and his experience in the team so far could be the stepping stone to a greater career he is looking forward to have.