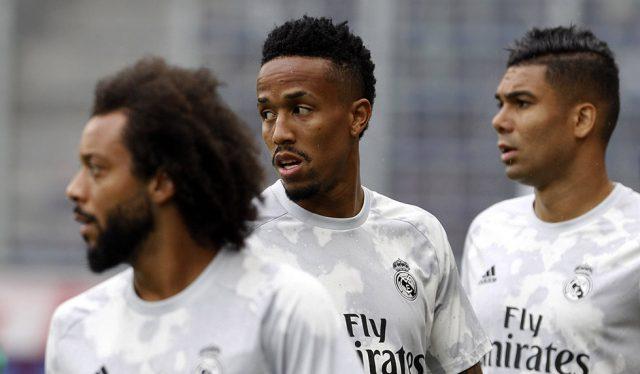 After missing the opening four weeks of the 2020/21 La Liga campaign due to injury, Eder Militao is set for a first appearance this season when Real Madrid host Cadiz at the Alfredo Di Stefano Stadium on Saturday.

Madrid still have a couple of key players absent for this game with the likes of Eden Hazard, Dani Carvajal, Alvaro Odriozola and Mariano Diaz all unable to recover in time for the clash. Martin Odegaard after his impressive time with the Norway national team also misses out through injury.

However, as claimed earlier Thibaut Courtois also joins the squad for this weekend before their Champions League campaign begins next week.

Here is the list of the squad called up for the game against Alvaro Cervera’s men:

Zinedine Zidane’s side will be hoping to make it four wins in their last four  games and continue their unbeaten run to the start of the campaign.

A win for Madrid will keep them at the top of the La Liga table with a game still in hand.