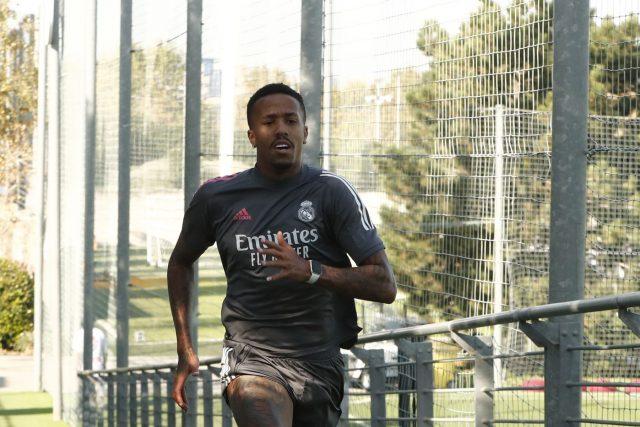 Real Madrid defender Eder Militao has resumed training with his teammates at the Valdebebas after a negative result in the latest coronavirus testing.

The centre-back trained on Thursday and was also with the group on Friday for the training sessions, making him available for the clash against Deportivo Alavés on Saturday.

Éder Militão tested negative for the COVID-19 in the latest tests on Wednesday and has returned to train with the rest of the team. [AS] pic.twitter.com/1OOPVWq1XX

The Brazil international was confirmed to have contracted the virus on November 2 and has been out for close to a full month.

His recovery gives Zinedine Zidane options at the back and the choice to rotate his squad before next week’s Champions League game against Shakhtar Donetsk.

Starting over the weekend may come too early for the former Porto defender but he is likely to be given a place on the bench at the Alfredo Di Stefano Stadium.

With reports claiming Daniel Carvajal has picked up yet another injury, his versatility could also come to play should Zidane decide to give rest to Lucas Vazquez against Pablo Machin’s men.

The manager will be hoping his defenders stay fit in the coming weeks with the club facing some crucial fixtures next month including games against Mönchengladbach, Atletico Madrid and Sevilla.

Zinedine Zidane; No more rooms for mistakes at Real Madrid