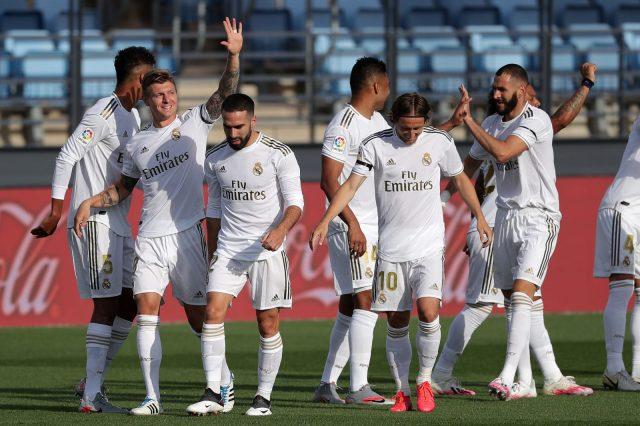 Eibar has been a tricky team to play against in the last few seasons despite Real Madrid’s continuous dominance over them.

Sunday will be another opportunity for both clubs to be in action and that will be another chance for Zinedine Zidane to fight for all three points as they look to defend their league title. They have won three league games on the bounce and are now levelled on points with both Real Sociedad and Atletico Madrid.

Despite their lack of goals in front of goal, Jose Luis Mendilibar possesses some key players in his squad who are capable of threatening the defence of an opponent and their manager will hope this is the best time for them to unleash their inner beasts.

These are a few clashes that could determine the outcome of the game on Sunday:

Eibar’s main force in front of goal this season has been Kike, who has struck the back of the net for them on three occasions in 12 league games. Up against Varane, the forward has a lot of work to do knowing that the Frenchman is gradually rediscovering his form and it will be an interesting battle to watch on Sunday.
Kike manages an average of 2.3 shots per game while Varane comes up with 1.8 interceptions per game.

Despite not being able to be involved in a goal in nine league games, Bryan Gil has been an important part of Eibar’s game and his positioning on the left flank of attack gives his side a variety of options going forward.

This time around, he will come up against Dani Carvajal – one of the best in the league. Carvajal on his best day is unplayable. The game against Eibar will just be a good opportunity for him to find him best form and carry on from there.

Dmitrovic has managed six clean sheets after 13 games in the 2020/21 La Liga campaign, one more than Thibaut Courtois has recorded for Madrid this season. It will be a battle of who the best shot-stopper has been. The Madrid keeper was in an impressive on Tuesday against Athletic Bilbao and it will be a great deal for him to turn up once again.

Federico Valverde will face Edu Exposito in what could be an interesting midfield battle on Sunday. The Uruguay international adds a lot of depth to the Madrid midfield and against Exposito who has also been instrumental for his side the game would be determined from this clash. Both players are energetic and possess offensive attributes that adds a lot to their teams.