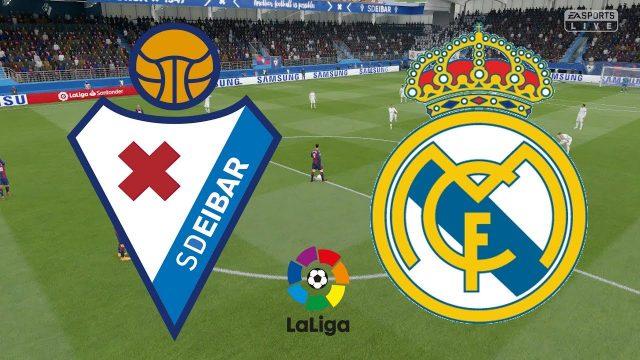 After their uneasy midweek game in the Spanish league, Real Madrid now prepare to face Eibar in their next game at the Ipurua Municipal Stadium on Sunday.

Eibar are currently on a six game unbeaten run across all competitions after their latest victory in the Copa del Rey fixture against Racing Rioja on Thursday night. However, they have won just one of their fives games in the Spanish top-flight – an output they will be looking to improv upon when they face the Los Blancos.

Real Madrid on the other hand have seen a turn around in fortunes after a series of poor performances in the last month, which saw them record no win in the league. December has been good for the team so far as they have defied all odds to beat the likes of Sevilla, Atletico Madrid and Athletic Bilbao in their last three league games.

Eibar last beat Madrid at home during the 2018/19 campaign – a 3-0 drubbing of the current league champions. That has been their only win in six home league matches against Zinedine Zidane’s men and it will be interesting to see how things unfold over the weekend.

Jose Luis Mendilibar will have the opportunity to count on all of his players except for the services of Jose Angel and Quique who are battling injuries. Bryan Gil should also be fit to face Madrid on Sunday after picking up a knock in their last league game against Real Sociedad.

For Zidane, Sunday will be a very great test for as for the first time this campaign he will have all of his players available to choose from. The likes of Martin Odegaard, Eden Hazard, Luka Jovic and Mariano Diaz are all back training with the squad and could give the manager a selection headache.

Despite statics showing Marcelo has been involved in all league defeats since the return of Zidane, we expect the Brazilian to play his best game and help his team overcome the test against Eibar, who have found goalscoring to be a problem in their last few games.