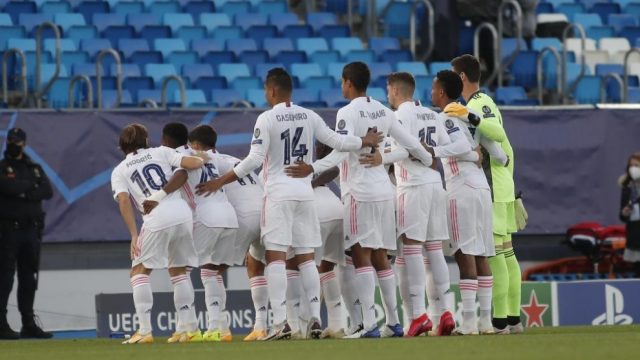 Regarded as arguably one of the best football fixtures in the world, Real Madrid are set to host Barcelona at the Alfredo Di Stefano Stadium on Saturday.

Madrid heads into the game after a convincing 3-1 win over Liverpool in the UEFA Champions League in midweek while both teams know a win could propel them to fight for the La Liga title.

Atletico Madrid now boasts just a point lead at the top of the La Liga table despite many tipping them as runaway title winners midway through the season.

In this article, we take a look at some factors which could play a part in deciding the winner of the ‘El Grand Clasico’ over the weekend.

From their past games played, Real Madrid have played collectively as a team – everyone helping out in defense while they join the attack in their numbers when necessary. This has been a good improvement on their game and has presented them with better chances.

Zinedine Zidane’s side as mentioned earlier beat Liverpool in midweek and will come into this game in such a confident mood looking to replicate another good performance.

On the other hand, Barcelona will be playing to avoid a repeat of what happened in their last game against Real Valladolid where they needed a man to be sent off before managing to win the game.

Having played in midweek, Madrid could carry traces of physical weakness into the game considering the same set of players are expected to start against Barcelona. Zidane has no option and his side may suffer as a result.

Barcelona on the other hand has had a good time off and will come into this game 100% recovered, which could be an advantage to outrun the Madrid team.

Vinicius Junior is beginning to live the dream at Madrid and his good run of form should send signals to his next opponent. Karim Benzema is another one of those players who could change the face of a game at any point in time.

For Barcelona, Lionel Messi has been key to their resurgence since the turn of the year. The captain has been involved in 23 goals in 12 league games in 2021 and has seen them move to the second position.

So in this regard, both teams have men capable of changing the game at any particular time.