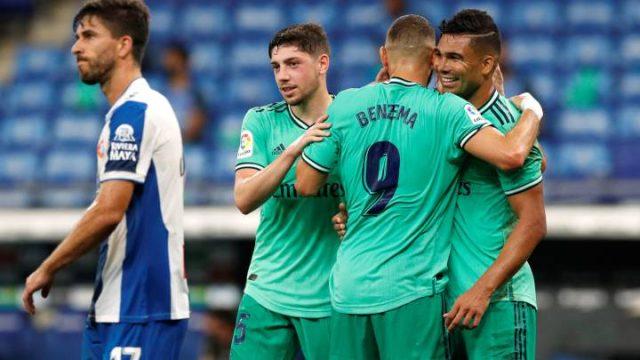 Real Madrid clinched yet another victory in their quest to become La Liga champions after beating Espanyol by a goal to nil.

A sublime backheel pass from Karim Benzema placed the ball into the path of Casemiro who kept his cool to slot home the only goal of the game. It was a game far from convincing on the path of Madrid but it shows the statement they are trying to make: “Win at all cost.”

The players, prior to the return of the league were talking about playing each game like a final and that is exactly what they are doing in the pitch.

Attention is not given to how beautiful they win the games but it is about playing to secure maximum points if that would mean playing dirty. That was the case on Sunday evening against the Barcelona based club. 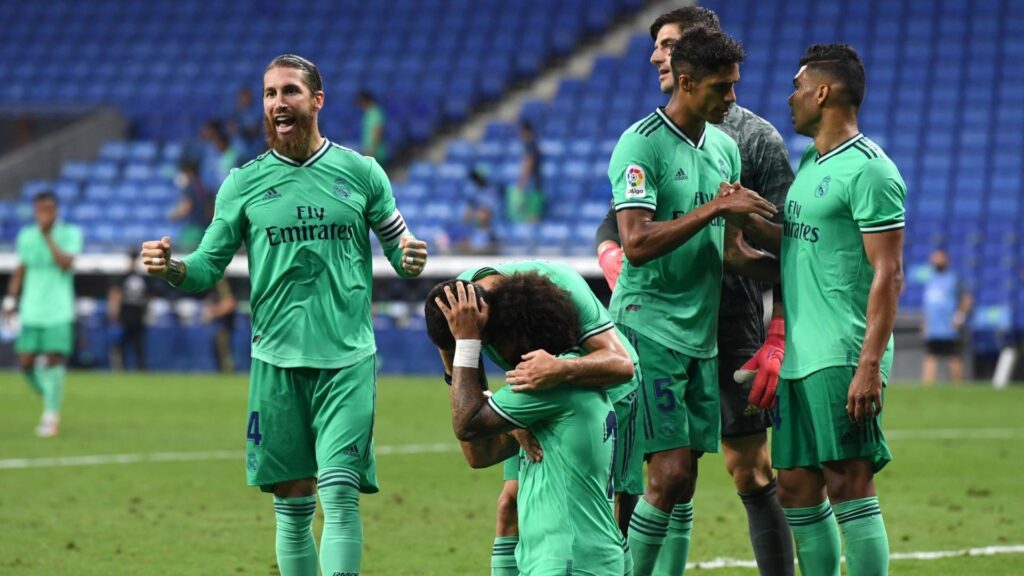 Madrid found it difficult breaking into the defence of Espanyol, who were coached by Francisco Rufete after the sacking of Abelardo Fernandez on Saturday.

The bottom-rocked side made life difficult for Los Blancos but it was Toni Kroos who located Benzema with a pinpoint long pass into the penalty yard box, before the Frenchman set up Casemiro.

The goal came on the 45th minute mark after a frustrating start to the game, which saw Thibaut Courtois making crucial saves to secure victory for Madrid.

The win takes Real Madrid to the top of the league table, two points ahead of fierce rivals Barcelona who settled for a draw against Celta Vigo on Saturday.

Zidane’s team face Getafe in their next game on Thursday as they seek to continue unbeaten run to the restart of the Spanish top-flight.