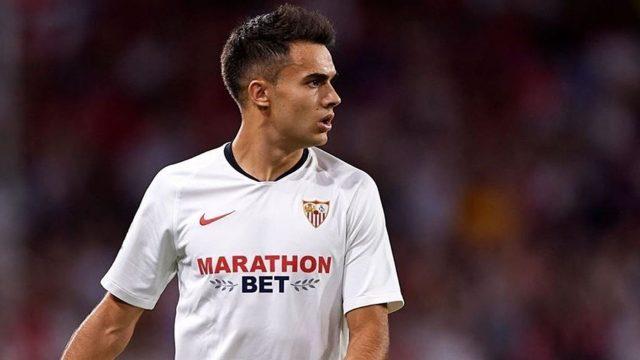 Per the circulating reports in England, the Toffees have jumped ahead of three other Premier League clubs after bidding €20 million for the player.

Reguilon enjoyed a good spell of form on loan at Sevilla and was voted the best left-back in the Spanish La Liga last season. He also won the hearts of many supporters at the Ramon Sanchez Pizjuan, triggering reports that the Seville based club could sign attempt to sign him permanently.

The 23-year-old also helped Julen Lopetegui’s side in securing Champions League, playing all but seven league games for the club.

Having seen Leighton Baines hang up his boots, Carlo Ancelotti is hoping to fill the vacancy left by the veteran Englishman and bring in competition for Lucas Digne.

Reguilon is highly rated at the Santiago Bernabeu but the competition between Marcelo and Ferland Mendy at the left of defence is likely to see the academy graduate leave the Spanish capital.

Zinedine Zidane’s side are believed to be hopeful of raising €200 million through player sales in the transfer window to help balance their books.

Reguilon will definitely have a strong decision to make in the summer with Sevilla also keen on his services, having impressed with them last season.