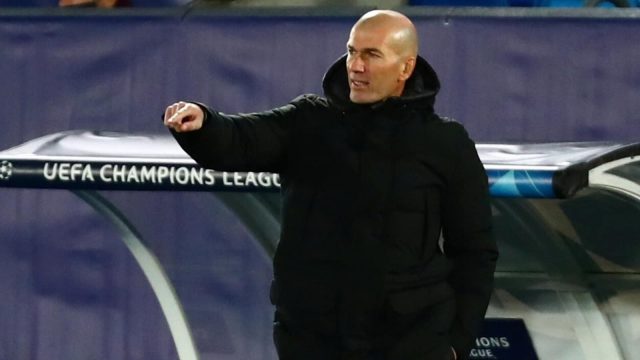 Real Madrid will be in league action once again over the weekend when they host Real Betis at the Alfredo Di Stefano Stadium.

The club currently finds themselves in second position, three points behind league leaders Atletico Madrid and would need to win all of their games left if they are to win the title once again.

Speaking during his pre-match press conference, Zinedine Zidane revealed that his players are in good shape. He said: “We’ve recovered well. We’re facing a very good team, a very solid team and a team that plays football very well. We’re prepared to play a good game and to keep up our good form. Until the end of the season, we’ll have tough matches so we need to play 90 minutes at a very high level. They’ve had good results against us recently, so we’ll have to play well.”

The club is looking to win the league consecutively for the first time since 2007 and 208. Asked about his opinion on their ambition the manager replied: “That has always been difficult. I’ve said many times that the Spanish league is very competitive. For me, it’s one of the very best leagues. But, we’ll try.”

La Fabrica, Madrid’s academy has been of help to the team in the last few games with the likes of Victor Chust, Miguel Gutierrez, Antonio Blanco, and Sergio Arribas all enjoying some minutes. Zidane spoke about what the youngsters need to do in order to be part of his team on regular basis.

He said: “The players just need to work hard. Each of those who have come out of the academy before, like Lucas Vázquez or Nacho, they’ve made it with a lot of work and by always being prepared.”

The Frenchman confirmed that Toni Kroos is ruled out of the clash on Saturday alongside Sergio Ramos and Ferland Mendy but said Eden Hazard and Luka Modric will be called upon. “So, there’s some good news and some bad news,” he added.

On his lack of team preparation, he said: “We don’t have a small squad. We have a very good one. We’ve had problems with injuries and COVID-19 so it has been a strange season, but we can’t complain. Others have had it worse.”