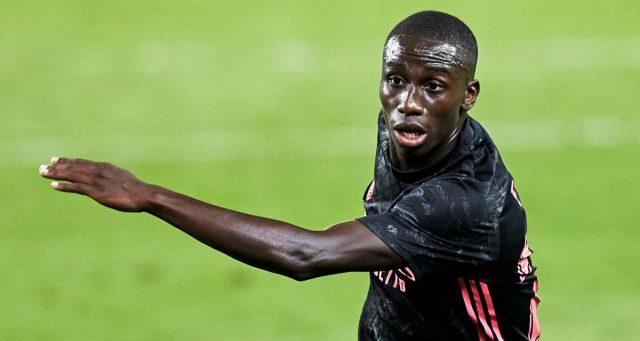 Real Madrid defender Ferland Mendy has revealed he was afraid to make switch to the Spanish capital but acknowledged that he has found his foot at very well at the club.

Mendy made the move to Madrid from French side Olympique Lyon during the summer of 2019 in a deal worth an initial €48 million.

The France international during his maiden campaign for Zinedine Zidane’s side made 19 appearances in the 2019/20 La Liga campaign with veteran Marcelo being used as a back up to the 25-year-old.

Mendy has also continued his good form with the Spanish giants starting the first two league games ahead of the Brazil international, who is out of action due to injury.

And the Frenchman has admitted he had a second thought about a move to the Santiago Bernabeu, claiming that it is not easy to adapt to the demands of the club.

“I was very apprehensive about my signing,” he told Telefoot. “It’s complicated to arrive at Real, but I have adapted, and I find that it went well.”

Mendy also claimed that he was flattered after reports manager Zidane wanted to add him to his ranks at the club, while he also played that talks of a soured relationship with Marcelo as a result of fighting for the same spot.

“It’s Zizou. It’s flattering to be wanted by him. He has class,” the left-back added. “I don’t think I have taken Marcelo’s position. We have a good relationship. He gave me advice, especially on the centre-backs. I was able to progress thanks to his advice.”

The Frenchman also reiterated that the club plans to continue their dominance in the Spanish top-flight after his side won the division last term, while he also aims to go ‘far’ in the Champions League before turning attention to the national team.

“To regain La Liga, to go far in the Champions League, because it’s sticking in our craw. I want to win everything in Blues and with Real.”