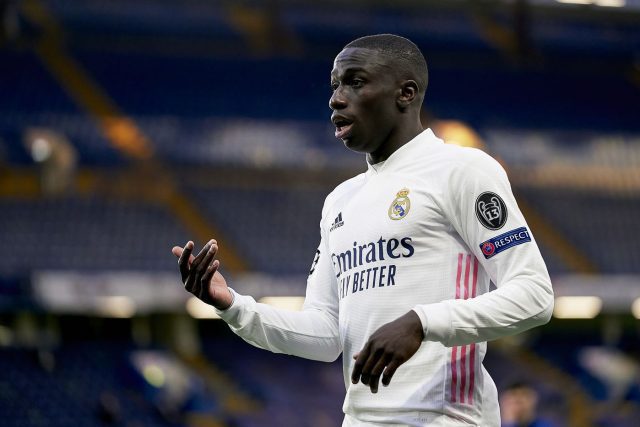 Real Madrid left-back Ferland Mendy’s season has come to a premature end following his latest injury at the club.

Ferland Mendy missed Madrid’s 2-2 draw with Sevilla over the weekend with Zinedine Zidane hoping the France international would be available for the last three games of the season.

However, the defender will play no part in the remaining fixtures against Granada, Athletic Bilbao and Villarreal in the next weeks ahead. Mendy is also considered a huge doubt for the Euros which is expected to kick-start next month.

A report on the club’s website reads: Following tests carried out today on our player, Ferland Mendy, by Real Madrid Medical Services, he has been diagnosed with a tibial periostitis. His recovery will continue to be assessed.

Mendy has been a vital addition to Zidane’s team this term and has been a key contributor to the defensive output by the backline.

The energetic left-back contributed to 11 clean sheets in 26 games in the 2020/21 La Liga season with one goal to his name.

His absence will be a big blow for the manager who now has to depend on Marcelo and Miguel Gutierrez for the remainder of the season.

He joins Lucas Vazquez, Dani Carvajal and Sergio Ramos who have also been ruled out for the rest of the campaign.