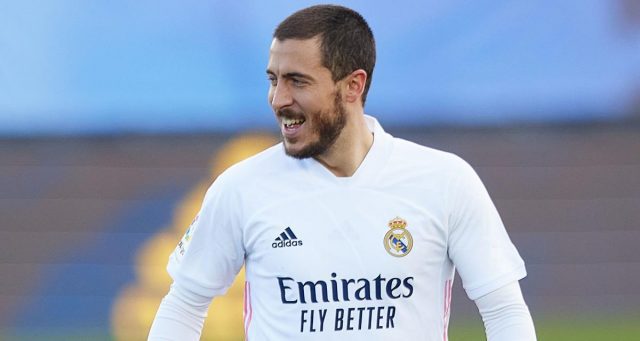 Former Atletico Madrid and Chelsea defender Filipe Luis says Real Madrid star-man Eden Hazard possesses the natural ability of Lionel Messi but lacks the ambition to put that into use.

Filipe Luis, who played together with Hazard in England says the Belgium international would need immense passion if he is to overcome his injury-stricken period at the Spanish capital.

Hazard has struggled with injuries since making the move to the Santiago Bernabeu in 2019, but the former Brazil international believes the former is too laidback.

“Eden, along with Neymar, are the best players I have ever played alongside – up there with Messi”, the 30-year-old told the Daily Mail. “He didn’t train well, five minutes before the game he would be playing Mario Kart in the dressing room. He would warm up without tying his bootlaces up. Then no-one could take the ball off of him. He would dribble past three or four players and win games on his own.

“Hazard has so much talent. Perhaps he lacks a little bit of ambition to say: I am going to be the best player in the world. Because he could be.”

Eden Hazard has managed just 13 appearances for the Los Blancos across all competitions during the 2020/21 campaign and is not expected to feature in the club’s UEFA Champions League games against Atalanta.