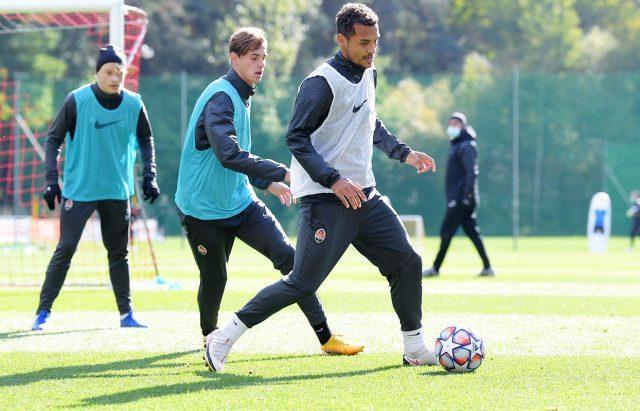 Real Madrid have quite a tricky game coming up on Wednesday when they host Shakhtar Donetsk at the Alfredo Di Stefano Stadium.

Madrid made a mess of themselves when they returned to action last weekend, losing to Cadiz by a goal to nil. However, they have a chance to put that worry behind them when they face Shakhtar in midweek.

In Europe, the Ukrainian side are no competitor for Madrid but football has developed over the years and Shakhtar could likely upset the reigning Spanish champions.

Here, we take a look at five players from Luis Castro’s side who could cause a worry or two for Zinedine Zidane’s team.

The Ukrainian has been involved in all league games for Shakhtar this season, starting five with one cameo off the bench. During this period, the 32-year-old has scored twice and should be interesting how he copes against a defense which has not been to good this season thus far in the Spanish top flight.

Dentinho will also be one of the five players to keep an eye on Wednesday. With Junior Moraes’ unavailability in question, the Brazilian is expected to play as the striker against Madrid.

In two games played in the Ukrainian Premier League, Dentinho has found the back on two occasions, averaging a goal every 44 minutes which looks quite scary.

Another tricky player on a good night, Alan Patrick has had a very good start to the season for Castro’s squad un the league. The 29-year-old was rested over the weekend and should be available for selection on Wednesday.

He also has two goals from five games played in the Ukrainian top-flight.

Perhaps the most dangerous player to be on the lookout for in Wednesday’s encounter. Viktor Kovalenlo has been so instrumental for Shakhtar this season and has also been productive in front of goal.

The 24-year-old has found the back of the net four times for his side and has been key to their midfield, which will mean Casimero and his partners will have to very wary of the young chap.

The young Brazilian is one of the key players to have popped up this term for Shakhtar. The 21-year-old has started all six league games for his side, keeping one clean sheet in the process.
However, his performance in the final third has also been highlighted and he is unfortunate to have only one assist to his name this term.

Shakhtar Donetsk 2-0 Real Madrid: Ukrainian side do the double over Madrid