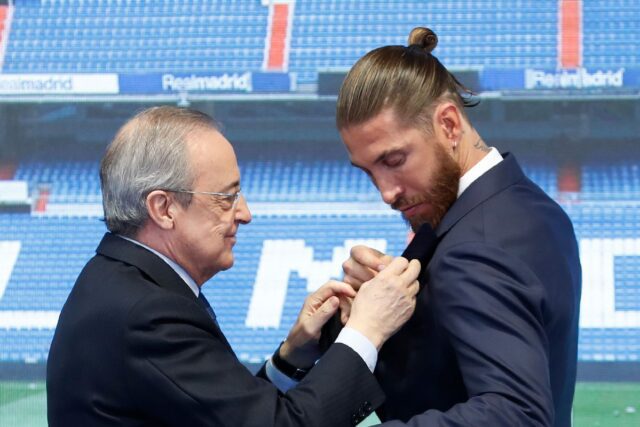 Speaking at the player’s farewell ceremony following his decision not to renew his contract at the Santiago Bernabeu, Perez was full of praise for the Spain international.

The club’s president also revealed how a young Ramos became the first Spain international he signed for the Los Blancos.

Pérez stated: “This is a big day. We’ve had many years and matches with Sergio, and also a lot of respect. I remember the 8th of September in 2005 when he arrived to be presented as a 19-year-old. He was determined to take on the world. He was my first Spanish signing for Real Madrid. He was a signing, as we all know, that wasn’t easy, but he went on to define and era over 16 years.”

The president continued: “I feel so proud of what you’ve achieved. You’ve been a reference for our fans and you are undoubtedly one of the legends of Real Madrid. You’ve been our emblematic captain. Madridistas will always carry you in their hearts. You’re a player who never gives up. Thanks for what you’ve given this club and for defending our badge. Sergio, you’ll always be the man of the Décima, of the 93rd minute in Lisbon.”

For Madridista, losing Sergio Ramos is a huge blow and it will definitely take a long time to replace a player of his calibre.