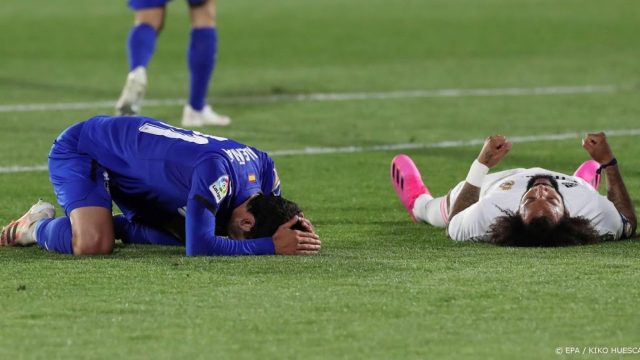 Real Madrid were restricted to just a point over the weekend in their league game against Getafe at the Coliseum Alfonso Perez Stadium.

Madrid went into the game with very few options from the first-team squad with a number of keeping players either yet at 100% or suffering from the coronavirus as well as suspension.

Nacho Fernandez and Casemiro were absent due to card suspension while Federico Valverde was ruled out in the eleventh hour after coming into contact with someone who had tested positive for coronavirus.

However, Zinedine Zidane was quite able to walk away with at least a point against Jose Bordalas’ men.

Real Madrid had a goal from Mariano Diaz controversially ruled out for what VAR decided to be offside, though the player looked to be onside when the ball was played.

Thibaut Courtois made an excellent save in the first half of the game to stop Getafe from opening the score.

The Belgium international also went on to make further crucial saves to keep his side in the game and to ensure that their league title chase was still intact.

Getafe had won just one of their last 10 games before today, lasting winning a game in February. They were hoping to take advantage of a depleted Madrid side but the Los Blancos were far from finished.