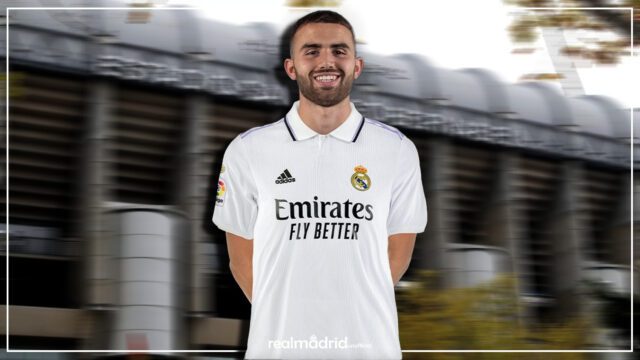 After several years at the club, 25-year-old striker Borja Mayoral is steadily approaching his departure from Real Madrid, the club where he spent his formative years.

At the age of 10, he joined the team after rising through the ranks of the Los Blancos youth team. He has been loaned out to four different clubs since making the first team in 2015.

The Spaniard has emerged as a top priority for Madrid-based club Getafe for the upcoming season after spending half of last season’s campaign at Getafe.

Rumours say, another club from a foreign league has also shown interest in the striker but Getafe remains the favourite to secure the signing of Mayoral. Getafe has presented a contract that runs until the summer of 2027 to the striker for a fee of €10 million.

In his loan spell during the second half of last season, he featured in 18 games, scoring 6 goals and assisting only once.

Getafe finished off last season 15th on the league log with 39 points are aiming to do better next season.

Although an official announcement has not yet been revealed by the club and the player’s entourage but with one year left on his contract, Madrid are open to selling the player and the deal seems to be completed in the next few days.

Mayoral’s departure leaves the club with only Mariano Diaz and Karim Benzema as primary strikers, while Juanmi Latasa of Castilla is also being considered as a potential candidate.