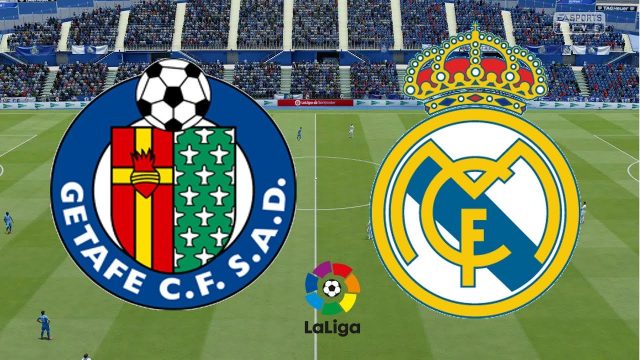 Getafe have yet another heavy battle to contend with in the Spanish La Liga when they host Real Madrid over the weekend at the Coliseum Alfonso Perez.

They are without a win in their last five games in the league last winning against Valencia back in February. They have suffered two losses and three draws during that time.

Real Madrid on the other hand comes into this game in great spirit after edging Liverpool out in the quarter-finals of the UEFA Champions League on Wednesday with a 3-1 aggregate scoreline.

Zidane’s side have suffered most against the mid-table clubs this campaign, suffering defeats against the likes of Cadiz, Valencia, Deportivo Alaves and Levante.

The Los Blancos need to win these kinds of games if they to ensure they defend their league title they won last season. The reverse fixture between these in the first round saw Madrid beat Getafe by two goals to nil courtesy goals from Karim Benzema and Ferland Mendy.

Getafe’s only absentees will be Erick Cabaco and Cucho Hernandez who are both nursing injuries. Aside these two, Jose Bordalas has everyone available at his disposal including Madrid loanee Takefusa Kubo.

For Zinedine Zidane, he has a long list of injury players with Dani Carvajal, Lucaz Vazquez and Sergio Ramos all injured. Casemiro and Nacho Fernandez are also suspended, with the latter’s absence meaning Victor Chust could partner Eder Militao for the away side. Raphael Varane has been ruled out while Eden Hazard could be given minutes.

Madrid’s absentees may be a huge concern but they have quite a good bench to step up in the absence of these players. We tip them to do more damage to Getafe’s already poor run of form.