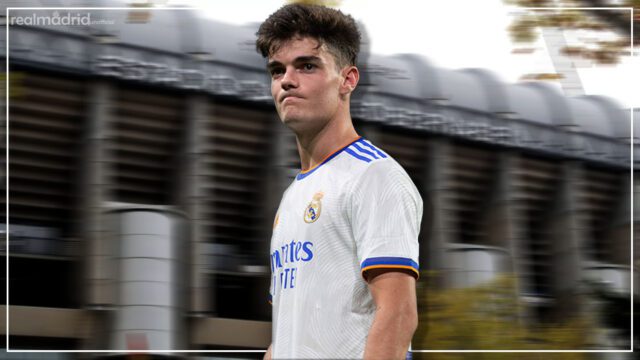 Miguel Gutierrez, a left-back for Real Madrid, is almost certain to leave the club.

The gifted left-back made a name for himself under Zinedine Zidane two seasons ago, but Carlo Ancelotti did not use him last season.

Getafe and Real Betis both shown interest in him, but neither was ready to provide more than a loan while Real Madrid is trying to sell him.

Girona would be his final stop. According to Mario Cortegana of Marca, Real Madrid and the Catalan club are almost ready to agree to the transfer of 50% of his rights. Los Blancos, who are eager to maintain some sort of relationship, would also have a repurchase mechanism in the agreement.

It would be Michel Sanchez and Girona’s victory. Although he endured injuries at Real Madrid Castilla last season, Gutierrez should be able to give them a reliable La Liga option. He appeared at ease while playing for Real Madrid’s first team.

Ferland Mendy at Real Madrid barred his way, but David Alaba would now be his sole clear backup. Although Ancelotti started Antonio Rudiger there in pre-season, Marcelo has left the team, and it would have looked like a decent chance to test Gutierrez as a possible rotation option.

However, he was not included in the team for the US preseason trip, which may indicate that Ancelotti was not his biggest supporter of him.