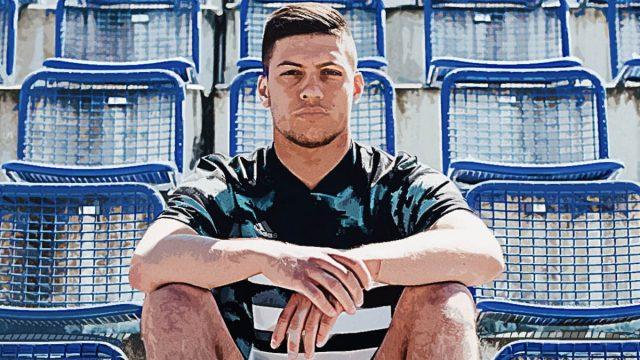 Real Madrid forward Luka Jovic is reportedly attracting interest from a number of European clubs with Hertha Berlin the latest to join the race for the player.

Jovic made the move to the Spanish capital after enjoying what many will term as a splendid season with Eintracht Frankfurt, with Madrid paying €60 million for his signature.

The 22-year-old has failed to establish his anticipated form which persuaded Zinedine Zidane to bring him to Madrid, scoring just two goals in 16 appearances in the 2019/20 La Liga season.

Off the field issues as well as injury concerns have seen the forward headlining many Spanish papers on many occasions, with Madrid said to be fed up with his behaviour.

However, the club are likely to allow to leave on a temporary basis after dropping down the pecking at the Santiago Bernabeu.

Per Marca’s reports, Hertha Berlin have shown interest in the bringing the Serbia International back to the German Bundesliga in the summer.

Jovic is also being targeted by Premier League sides Arsenal and Leicester City while AC Milan have been credited with an interest.

In the 2018/19 season, the then Frankfurt attacker scored 17 Bundesliga goals and went on to strike 10 times in other competitions, leading them to an Europa League semi-finals, before being knocked out by Chelsea.