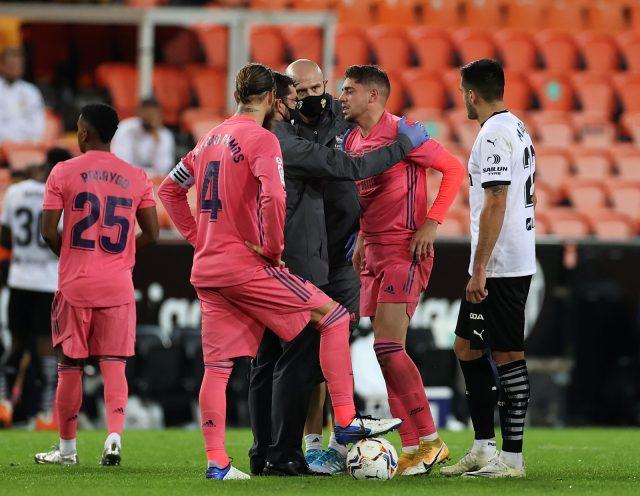 Real Madrid have been in action once already since Federico Valverde was subjected to the sidelines after picking up an injury in the 4-1 loss to Valencia before the international break.

The Uruguay international has been very decisive for the Los Blancos since his very first game this season, gaining the trust of the manager, who in return has rewarded the player for his athletic performances.

Valverde has featured for the club 11 times already across all competitions, scoring three times and providing one assist – all coming in the Spanish La Liga.

However, his injury has kind of left a huge void in Madrid’s midfield department, though they haven’t been exposed so much.

The game against Villarreal saw Zinedine Zidane opt for a midfield trio without a natural defensive midfielder – with Luka Modric ad Toni Kroos playing as the double pivot while Martin Ødegaard was slotted in his natural No.10 role.

But Casemiro returning to the squad after his two-match absence, Zidane will likely have the option of playing a DM and trying to find a replacement for Valverde – however how will the Frenchman fill the gap left by the Uruguayan?

The ‘Plan A’ the manager has at his disposal is to revert to the traditional midfield trio of Modric, Casemiro and Kroos, with the two European players doing the creative works alongside contributing to defensive duties.

However with this choice, the midfield may look a bit vulnerable considering the ages of Modric and Kroos who may not have much energy to do pressing through the majority part of the game.

Zidane could also decide to go with a double pivot of Casemiro-Kroos or Casemiro-Modric with Ødegaard or Isco playing as the head of the ‘triangle’. But this formation will require that Madrid have more of the possession while any of Isco or Ødegaard sees more of the ball as they will be doing more of creative works.

For his work rate, replacing Valverde is a difficult ask of the manager but with the quality of Madrid’s midfield, he should be able to line up a side to ease the pressure in the middle of the park for his side.